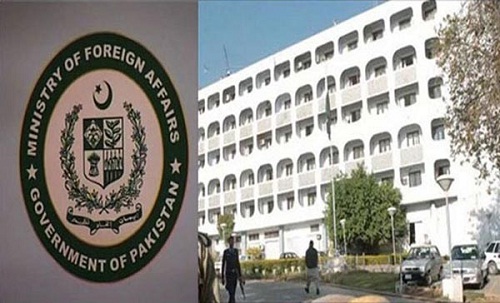 ISLAMABAD, 11 Oct  2021 : Pakistan on Monday strongly condemning the arrest of over 1400 Kashmiris on orchestrated charges in the Indian Illegally Occupied Jammu and Kashmir  said the arrests were prime example of India’s state-terrorism and trampling of fundamental human rights in IIOJK.

“Pakistan strongly condemns the arrest of over 1400 Kashmiris on false charges in one of the biggest ever crackdowns in the Indian Illegally Occupied Jammu and Kashmir (IIOJK),” Foreign Office Spokesperson Asim Iftikhar said in a statement issued here.

“These arbitrary arrests and detentions by Indian Occupation Forces are prime example of India’s state-terrorism and trampling of fundamental human rights in IIOJK,” he stressed.

The Foreign Office Spokesperson described the recent surge in extra-judicial killings, staged cordon-and-search operations and arbitrary arrests in IIOJK as a source of serious alarm for the international community.

“India must recognize that no amount of brutalization of Kashmiris can suppress their voice and the legitimate movement to achieve their inalienable right to self-determination. Nor will India’s illegal and unlawful actions be able to mislead the world into accepting India’s false narrative against the Kashmiris,” the Spokesperson maintained.