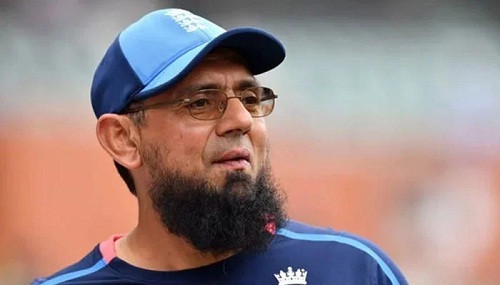 LAHORE : Former Test off-spinner Saqlain Mushtaq’s appointment as Pakistan team’s interim head coach is likely to be extended till the Pakistan vs Bangladesh series, which will be held in Dhaka from November  19 to December 4.

Mushtaq is likely to be the interim head coach for the Bangladesh tour and will continue to fulfil his responsibilities due to lack of time.

They further added that the appointment of consultants has not been decided so far. Meanwhile, chances are that some coaches from National High-Performance Centre could be included in the staff.

According to the sources, permanent coaches will be appointed after the home series against West Indies.

On Wednesday, the Pakistan Cricket Board (PCB) had confirmed that the squad will directly fly to Bangladesh from the UAE as per schedule after the conclusion of the T20 World Cup.

Per PCB, the Pakistan cricket team is scheduled to leave for Dhaka on November 15. “No change is under consideration in the team’s departure plan at present,” the PCB had said.

Sources had informed that in case Pakistan wins the trophy, changes in the schedule will be made accordingly and the national team may be flown to Dhaka via Pakistan on a chartered plane.

The green shirts are scheduled to play two Tests and three T20 matches in Bangladesh.

The T20 matches are to be played on November 19, 20, and 22, followed by a Test series that starts with the opening Test from November 26 and the second Test from December 4