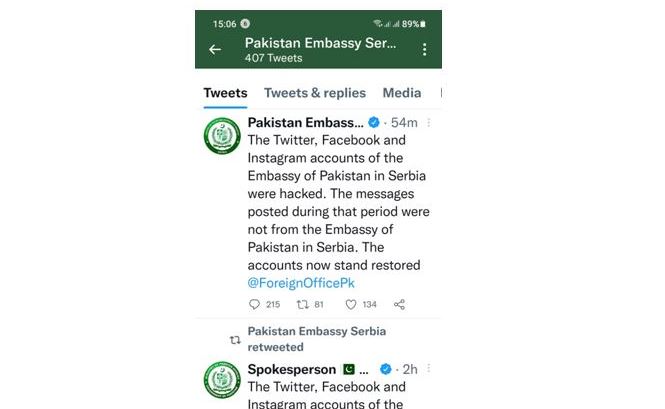 Due to nonpayment of salaries for last three months it has become almost impossible for the staff and their families to even survive; account hacked so message fake, says MOFA

This message from the staff was posted on the official Twitter account of the embassy. The staff members claimed in the message that they were under huge pressure from the schools in which their children were studying. Due to nonpayment of salaries they were un able to pay schools fees.

Meanwhile, the Spokes person of the Ministry of Foreign Affairs said on Friday that the social media pages of the Pakistan Embassy in Serbia have been hacked therefore message posted on these networks do not belong to Pakistan embassy.

It is interesting to note that the clarification about the hacking of the Twitter was published by the Pakistan Embassy in Serbia soon after the staff messages were published. Therefore, if the account was hacked then how the Embassy could post the clarification on a hacked account, people were seen asking this question from the Ministry of Foreign Affairs.

Similar complaints were lodged by the staff of few other Pakistani missions as well and after the timely intervention of the Ministry of Foreign Affairs the issue was resolved amicably.

« Dr Fehmida, Dar sign MoU to uplift youth in sports (Previous News)
(Next News) Pak’s decision to allow transportation of 50000 MTs of wheat thru Wagah as humanitarian assistance to Afghanistan » 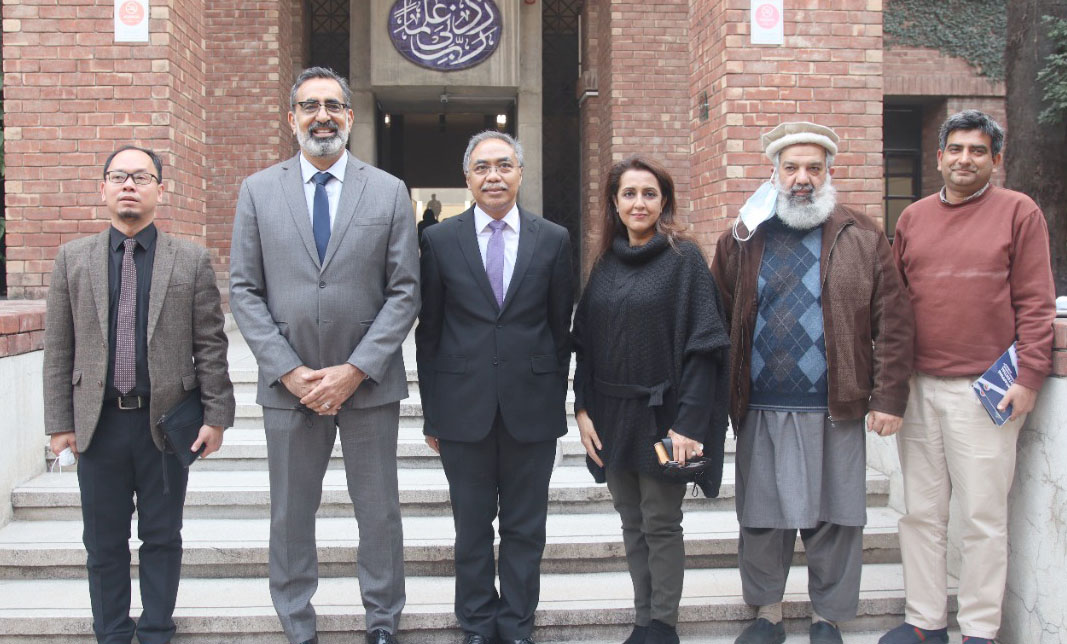 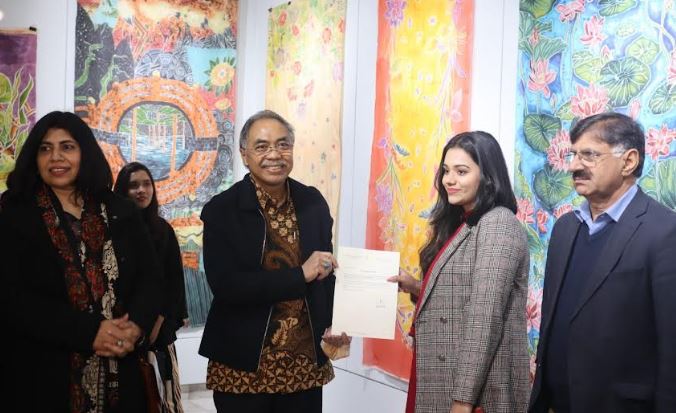 Glad to know that Batik is famous in Pakistan: envoy