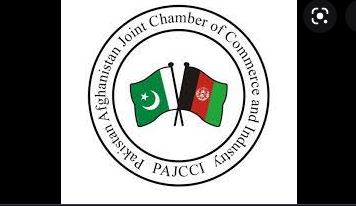 They requested the intervention of Honorable Speaker NA; Asad Qaiser and Special Envoy to Afghanistan; Muhammad Sadiq, who assured of their full support in taking up the issues at highest level of the Governments.

PAJCCI was sought to submit report on high impact issues and their solutions to take up these matters with Government’s relevant quarters for swift resolution and across border where need be. PAJCCI was also told to represent these issues at upcoming Afghanistan Inter-Ministerial Coordination Cell (AICC) and Pakistan Afghanistan Parliamentary Friendship Group (PAPFG) meetings.

PAJCCI suggested to set up bank counters at borders and polio vaccination facilities for Afghan Children accompanied by the parents. The inclusion of CAR region in PAJCCI’s current portfolio to serve as tri-lateral Chamber was also iterated.

Motiwala in meeting established that the quantum of trade with Afghanistan is 15bn however due to lack of coordinated effort and focus, Pakistan is fast losing the trade share in the immediate neighborhood and leaving the gap for Iran and other countries. Despite the current situation in Afghanistan and international sanctions, the Afghan government is heavily leaning on Pakistan and are very much interested in trading with Pakistan including investment and joint ventures.

The time is now to capture the moment and create sustainable socio-economic prosperity across both countries who share cultural, social and religious ties. Trading with Afghanistan and transit trade via Afghanistan to CAR will bring socio-economic uplift to the people of both countries. World perspective has now shifted from geo-politics to geo-economics which shall be fully capitalized.

PAJCCI being the foremost body working towards building B2B relationship with Afghanistan has offered technical support to all relevant government institutions of both countries to formulate one cohesive long-term policy.