Oppositon is shocked by my surprise: PM Imran Khan 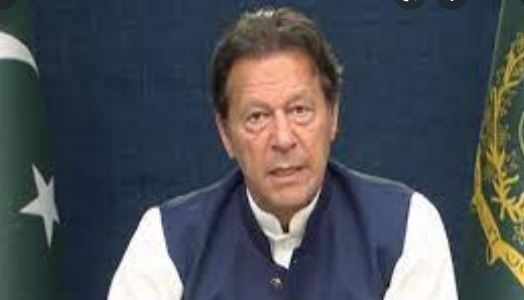 ISLAMABAD, Prime Minister Imran Khan has said that the
motion of no-confidence was deemed as an international conspiracy by the
NSC, so it had to be rejected.

Prime Minister Imran Khan has said that the opposition is in shock at
the government’s surprise. If he told about his strategy beforehand then
the opposition might not have been in such pain, he added.

The PM said that the National Security Council (NSC) had clearly said
that there was an international conspiracy behind the no-confidence
move. Security officials including the Army Cheif were a part of the NSC
meeting in which the letter was disclosed, the message given to our
embassy official was also discussed in the NSC meeting, he added.

Imran Khan said that the turncoat MNAs who left our party did not do it
on their own, they were bought with huge amounts of money by external
forces. Why were these MNAs meeting with foreign embassy officials? the
PM asked.

Earleir, the National Assembly session to vote on the no-trust motion
was prorogued after Deputy Speaker Qasim Khan Suri ruled to reject the
no-trust motion against Prime Minister Imran Khan over having links with
the foreign conspiracy.