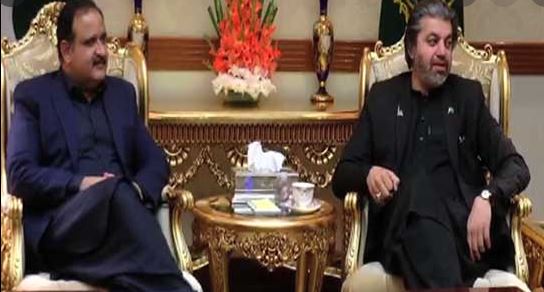 LAHORE, NOV 04 (DNA) – Minister of State for Parliamentary Affairs Ali Muhammad Khan held a meeting with Punjab Chief Minister Usman Buzdar in Lahore on Thursday. Law and order situation and other important issues were discussed during the meeting. The Chief Minister said we have to work together to maintain peace in the country.

He said that government is standing with bereaved families of police martyrs. While lashing out at political opponents, Usman Buzdar said that opposition tried to do politics on national interest and their attempt to do point scoring such a sensitive matter is condemnable. = DNA