Opposition is totally confused in all issues: Fawad 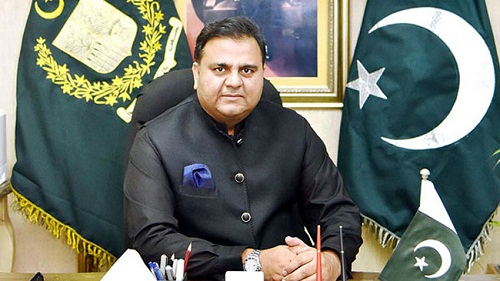 Islamabad : Minister for Information and Broadcasting Chaudhry Fawad Hussain says the opposition is totally confused in all issues.

In a tweet on Thursday, he said on one hand, the opposition is saying that it will hinder passage of the budget in the parliament; while on the other, they are holding pre-budget seminars.

The Minister said if the opposition comes to parliament and fulfills its constitutional responsibilities, including on electoral reforms, it will be welcoming. He said the government will give due consideration to their practicable suggestions.