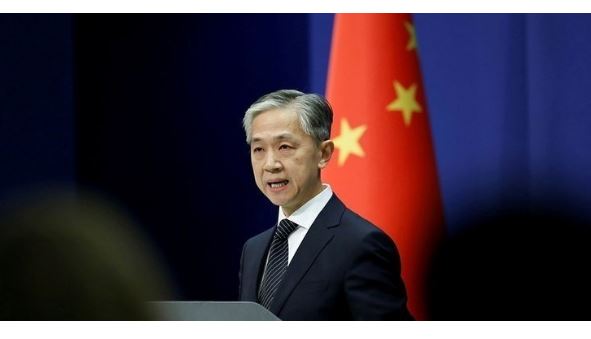 BEIJING: Upping the ante following comments by U.S. President Joe Biden on Taiwan, China on Monday ruled out compromise and vowed to take “resolute actions to safeguard its sovereignty and security interests.”

“No one should underestimate the determination of Chinese people,” he added, expressing strong dissatisfaction in response to Biden’s remarks.

Earlier on Monday, Biden told a news conference in Japan that Washington would intervene militarily if China uses force to take over Taiwan.

“Our policy towards Taiwan has not changed at all. We remain committed to peace and stability across the Taiwan Strait to ensure that there is no unilateral change in the status quo,” Biden said at a joint news conference with Japanese Prime Minister Fumio Kishida in Tokyo.

Responding to a question about whether the U.S. would get involved militarily in Taiwan if China uses force to take over the island, Biden replied: “Yes.”

“That is the commitment we made,” Biden added.

However, Beijing asked Washington to “earnestly abide” by the One-China principle and three joint communiques it signed with China.

“China will take resolute actions to safeguard its sovereignty and security interests,” Wang said, adding: “And we will do what we said,” according to the Chinese daily Global Times.

China-U.S. relations are guided by the Taiwan Relations Act, a 1979 U.S. law, regulated by what is known as the Three Communiques, under which Washington abides by the so-called “One China” policy, with Taiwan as part of mainland China.

Beijing considers Taiwan, home to over 24 million people, as its “breakaway province” and has not ruled out taking control of the island by force.

Taipei, however, has insisted on its independence since 1949 with independent diplomatic relations with 14 nations.