No room for any militant group in Pakistan: Dr Moeed 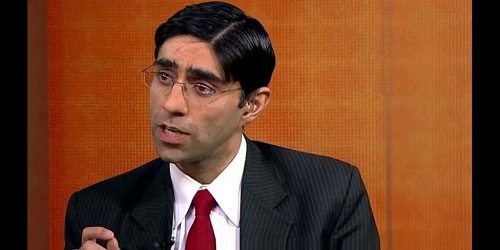 ISLAMABAD, Oct 28 : National Security Adviser (NSA) Dr Moeed Yusuf on Thursday said the banned Tehreek-i-Labbaik Pakistan (TLP) had crossed the red line and exhausted the state’s patience and it should be mindful of the fact that there would be “NO armed militias of any sort in our country.”

The NSA took to Twitter to condemn and warn the TLP protestors for orchestrating extreme violence against the Policemen during their protest march.

Dr Moeed clarified that for all individuals and groups who think they could challenge the writ of the Pakistani state, “do not test the proposition.”

“As the basic principle of national security, the state will never shy away from protecting each and every citizen from any form of violence,” he underscored.

The NSA said that the proscribed organisation’s protestors had martyred policemen, destroyed public property, and continued to cause massive public disruption.

He warned that law would take its course for each one of them adding, “and terrorists will be treated like terrorists with no leniency.”

Meanwhile, Special Assistant to the Prime Minister on Climate Change Malik Amin Aslam also tweeted that the government was expressing restraint where the outlawed TLP violence would not be allowed to sustain.

“The Government is showing restraint but this chaotic TLP vandalism can not continue,” Amin Aslam said.