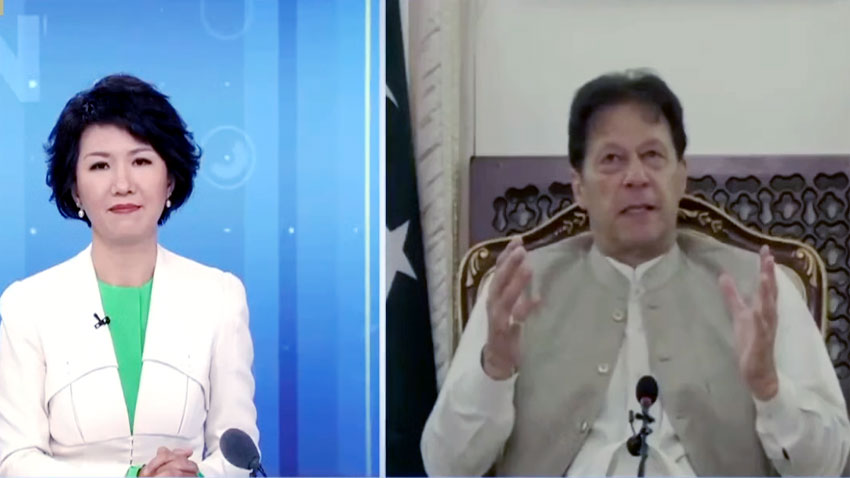 Prime Minister Imran Khan says no pressure can change or downgrade the strong relationship between Pakistan and China.

In an interview with China Global Television Network, he said Pakistan and China have a glorious history of seven-decade old strong bond between people of the two countries.

The Prime Minister said China has always stood by Pakistan in difficult times on all matters, including economic and political fronts at international forums.

He said is why the people of Pakistan have special place in their heart for their Chinese friends.

Imran Khan said Pakistan wants cordial relations with all countries without taking sides of anyone.

To a question, he said bilateral ties between Pakistan and China are moving faster in the realm of trade and China-Pakistan Economic Corridor is a bright example of it.