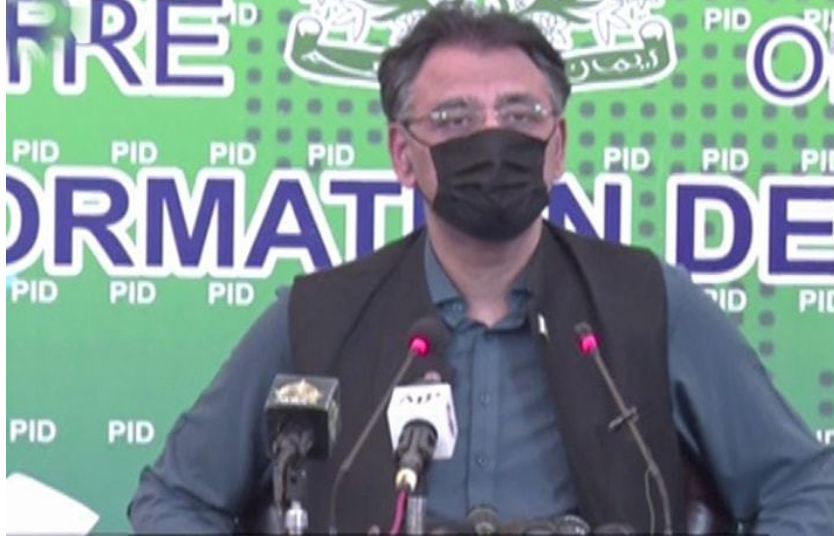 ISLAMABAD, OCT 18: Planning and Development Minister Asad Umar on Monday ruled out “immediate relief” in rising commodity prices, saying it could take at least five months for the “abnormal increase” in global prices to head towards normalcy.

Pinning the recent price hike in Pakistan on the international market, the planning minister said this spell was not expected to subside before March 2022.

“We hope people get relief soon, but — according to experts — the relief may not be visible immediately and actual improvement may be seen from March,” Umar told a press conference in Islamabad.

Umar said once international commodity prices stabilised and the trend headed towards normalisation, “the government will then be responsible to pass on that relief to the masses.”

He said most experts had predicted a decline in commodity prices from March, while a few felt the reduction in prices could take as long as June to take effect.

While stressing that the world is going through an “extraordinary” situation in terms of commodity prices, he said the rates of basic commodities were still lower in Pakistan compared to the rest of the world.

The minister, however, admitted that purchasing power of people had been direly affected in Pakistan in view of soaring inflation in recent months.

“The government is now set to roll out targeted subsidies to the masses and this is the best time to take this measure,” Umar said.

He said the prime minister would unveil details of the subsidy programme in the next few days, and subsequently, after a month, people would start getting some relief.

He stressed that economies all over the world were shrinking due to which the “production and supply of essential items had been adversely affected and in some cases, was paralysed”.

He said economies had reopened after the pandemic with limited availability of products in the market which had resulted in rising prices all over the world.

“This is the reason, not just Pakistan faced an increase in prices, it happened across the world,” Umar said.

The planning minister recalled that the government took measures during the Covid-19 lockdown in 2020 and it opened industries in the first phase to keep the economic cycle going.

He said the prices of crude oil, urea and sugar had drastically increased in the international market and Pakistan was feeling its impact.