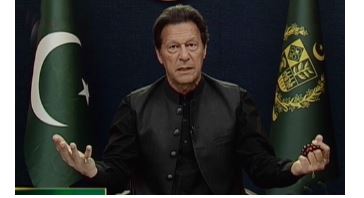 PM, Cabinet cease to hold office; Imran Khan may continue till the election of the caretaker prime minister; fresh election should be held in three months; the legality of the decision has raised many questions

ISLAMABAD: Prime Minister Imran Khan Sunday announced that he had advised the President to dissolve the assembly, paving way for the holding of fresh elections in the country. Upon his advice, the President of Pakistan Dr. Arif Alvi dissolved the National Assembly. PTI government is expected to dissolve the KP assembly as well. The fate of Punjab Assembly also hangs in the balance.

The prime minister in his short-televised address to the nation made an announcement, soon after the National Assembly session was prorogued by the deputy speaker, rejecting the opposition’s push for the no-trust motion as unconstitutional.

The prime minister asked the nation to get prepared for the fresh elections as he had sent a summary, advising the president to dissolve the assembly.He said the process for holding of new elections and procedure for the caretaker government would take place accordingly.

The prime minister, while expressing his resolve, said the nation would not allow the corrupt elements to decide their fate. “The grave conspiracy against the government has failed,” he added.  The prime minister congratulated the nation on the deputy speaker’s ruling against the no-trust motion, terming it unconstitutional as it was an effort at changing of the regime through a foreign planned conspiracy and under a foreign agenda.

“The speaker has rejected the move and I felicitate the whole nation,” he said, adding that he knew that the nation was concerned over such conspiracy.

“Ghabrana Nahi Hai (do’t get worried), it is my message to the conspirators,” the prime minister said while addressing his political foes in his popular coined phrase.The prime minister said Pakistan came into being on 27th of Ramazan. The nation would foil such plans. He also justified the deputy speaker’s ruling.

He said the opposition leaders should have spent their ill-gotten pelf on the provision of facilities to the poor instead of bribing the members of the assembly to switch their party allegiance.

Earlier, Deputy Speaker of National Assembly Qasim Suri rejected the vote of no- confidence motion moved by the joint opposition against Prime Minister Imran Khan, on the basis of Article 5 of the Constitution of Pakistan, under which loyalty to the state was the basic duty of every citizen.

The deputy speaker in his ruling said the no-confidence motion should be in line with the Constitution, laws and rules. 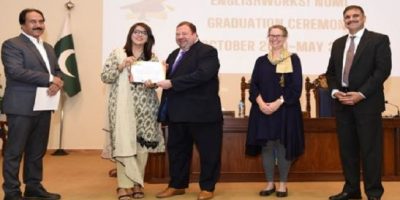