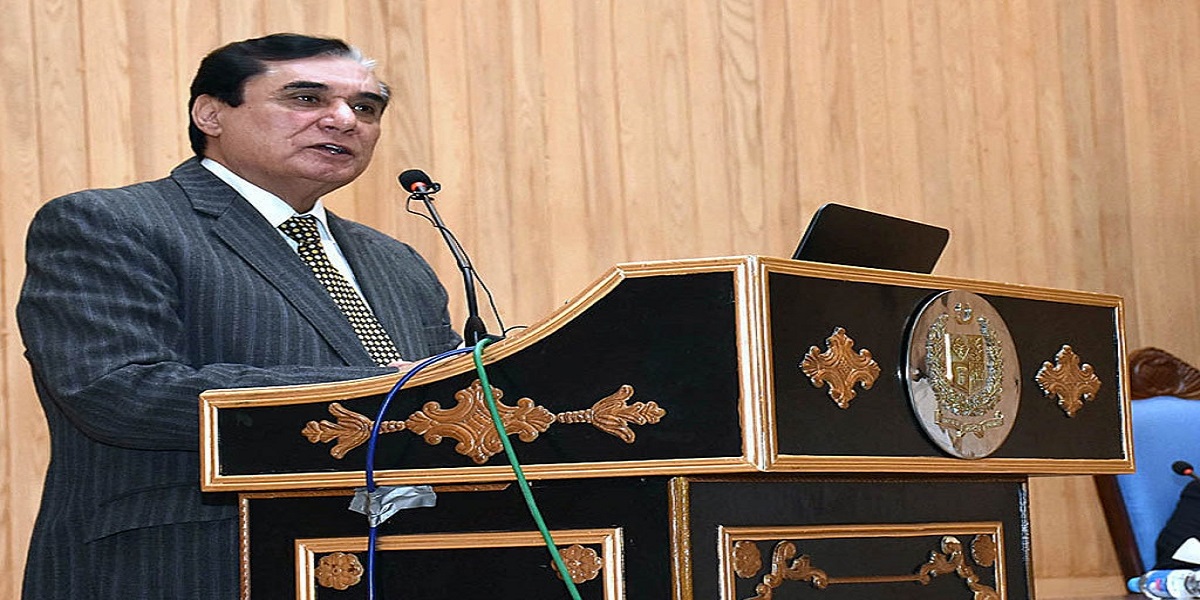 During the meeting, briefing was given on the overall progress of NAB, especially initiatives taken during the present management of NAB under the dynamic leadership of Honorable Mr. Justice Javed Iqbal, Chairman NAB. It was informed that NAB had been established in 1999 and assigned with the responsibility of eradication of corruption and recovery of looted money from corrupt elements. Since its inception, NAB has recovered Rs. 814 billion directly and indirectly. Presently, there are 1273 references under trial in respected Accountability Courts Throughout the court and their total worth is about Rs. 1305 billion. It was informed that Honorable Mr. Justice Javed Iqbal, Chairman NAB after assumption of his responsibilities as Chairman NAB had taken various measures in order to revamp NAB and had chalked out an effective Anti-Corruption Strategy comprising Awareness, Prevention and Enforcement. NAB’s Anti-Corruption Strategy for eradication of corruption has been acknowledged by national and international organizations like Transparency International, World Economic Forum, PILDAT and Mishal Pakistan. As per Gilani and Gallup survey, 59 percent people have shown trust in NAB.

NAB operations start its functioning about an alleged act of corruption & corrupt practices as defined under section 9. The process initiated with verification of the contents of the complaint received and the applicability of the provisions of law. This process is called Complaint Verification (CV) wherein the complainant is called for confirming the status and evidence available with him. Once it is determined that the alleged offence falls under NAO and available material justifies for further process, the same is processed for subsequent action. In the second step, inquiry under section 18 of the NAO is authorized to confirm the committal of offence and collection of evidence to identify the alleged person(s) involved. The record / evidence collection process is supplemented with recording of statements of witnesses and accused persons. This whole process is completed after due deliberations at each level by giving consideration to the role of Combined Investigation Teams (CITs) and in the Regional Executive Board Meetings (RBMs).

NAB has itself devised to rationalize the workload and timelines have been prescribed for efficient, effective and expeditious disposal of cases putting a maximum limit of 10 months- from complaint verification-to-inquiry-to-investigation and finally to a reference in the Accountability Court. In order to ensure uniformity and standardization, the Standard Operating Procedures (SOPs) for investigation officers (IOs) in vogue were reviewed and revised in order to benefit from the experience and collective wisdom of senior supervisory officers, a system of CIT comprising of Director, Additional Director, Investigation Officer and a Senior Legal Counsel has been put in place. This is not only lending quality to the work but also ensures that no single individual can influence the proceedings. The implementation of enforcement measures and prosecution matters are being monitored in NAB through daily, weekly and monthly reports and inspections.

« Biden lost faith in the U.S. mission in Afghanistan over a decade ago (Previous News)
(Next News) Foreign Affairs Committee Voices Concern over the Afghanistan crisis »