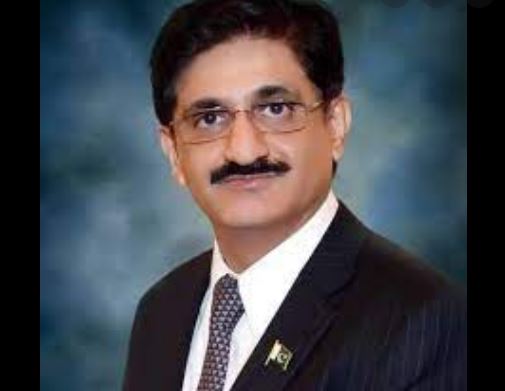 KARACHI: Sindh Chief Minister Syed Murad Ali Shah has said that four PTI MPAs, showing their `no-confidence’ in the leadership of Prime Minister Imran Khan, cast vote in favor of PPP candidate Nisar Khuhro in the senate election held in Sindh Assembly on Wednesday, similarly the PTI MNAs would vote in favor of no-confidence resolution filed in the National Assembly by joint opposition against Prime Minister Imran Khan.This he said while talking to the media along with Senator-elect Nisar Khuhro just after the unofficial announcement of Senate results.The chief minister congratulating Nisar Khuhro on his return in the Senate election disclosed that four PTI MPAs had come on their own to vote for Mr Khuhro.

“They showed `no confidence’ against prime minister Imran Khan and I am sure the PTI MPAs would also vote in favour of a no-confidence motion against the Prime Minister tabled by the joint opposition in the National Assembly.   Mr Shah said that the filthy and foul language the prime minister was using against the leadership of the opposition parties in public meetings was the manifestation of his `defeat and downfall’. “He knows his days as a prime minister are being numbered, therefore he has lost his senses and abused respectable leadership,” he said and deplored “this is his political legacy and the culture he has developed under his leadership.”The CM said that if the PTI had no interest in contesting senate election, they should have withdrawn their nomination papers to save the expenditures of the Election Commission of Pakistan it had incurred on conducting the poll.

“It was not a boycott but the fear of losing or losing votes,” he said and added it has proved  that their members have started parting ways with them.Mr Shah said that neither he nor his ministers contacted any PTI MPA but they [PTI] chose on their own to vote for PPP. “The PTI government through its policies has not only depressed people of Pakistan but also ditched their elected members, that’s why they [MPAs/MNAs] have started discarding their party and the leadership,” he said.The CM said that Nisar Khuhro was a senior and seasoned politician and he would represent the people of Sindh and the party in the senate. “I congratulate Nisar Khuhro on being elected as a member of the upper house,” he said.