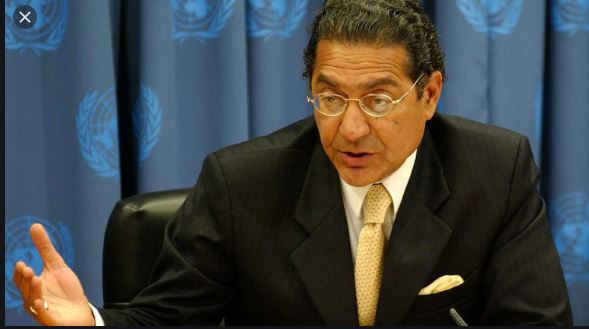 ISLAMABAD, Pakistan’s Permanent Representative to the United Nations Munir Akram has said that recognizing Israel by some Arab countries is due to their internal and external compulsions; however Pakistan could not quit its principled stance regarding self determination struggle of Palestinians. He said that recognizing Israel will be against the basic principle, adding that Pakistan is not a so weak state which could be forced to quit its basic principle.

In an exclusive interview with VOA’s Ali Furqan Ambassador Munir Akram said that it has been remained the basic principle of Pakistan after the establishment of Pakistan to support the self determination public movements in the world. He said that on this basic principle, Pakistan has stance on the Kashmir, adding that Islamabad has also same stance regarding Palestine while following this principle.

Munir Akram said that the Arab countries which are recognizing Israel have their own compulsions; however Pakistan will have to see its own policy and interests. He said that Pakistan is 5th biggest country of the world with 220 million population, which is nuclear power and military power, and it could not be forced to change its policy through pressure. While terming the election of Pakistan as member of the United Nations Human Rights Council as big success of the country, Munir Akram said that this proves that Pakistan is respected in the world and we enjoy huge support at the international forum.

Munir Akram said that Human Rights Council is an important institution of United Nations where human rights violations committed in the world and other issues are raised. He said that last year Pakistan had raised Indian illegal step of 5th August 2019 regarding changing the status of Jammu and Kashmir, adding that over 50 countries had condemned the unilateral action of New Delhi regarding disputed valley. He said that Pakistan being the member of the UN Human Rights Council will raise the Kashmir issue and disputed legislation passed by India regarding Muslims in an effective manner. He said that Pakistan is highlighting Kashmir issue at United Nations, it sub-organizations and other international forums while following a strategy.

Munir Akram claimed that Pakistan has blocked the Indian way to become the permanent member of the UN Security Council from last 20 years, adding that in future also Pakistan through its influence at international community will stop India to become the permanent member of the UNSC. He said that the world is satisfied with the steps taken by Pakistan regarding terrorism and banned organizations and election of Pakistan as president of economic social council and human rights council is proof of it.