‘Misunderstandings’ with military must be resolved: Sheikh Rashid 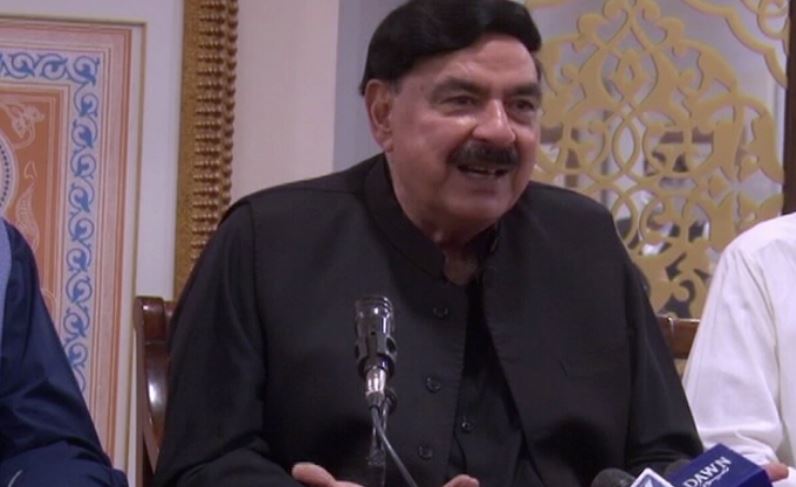 PESHAWAR, APR 13: Awami Muslim League (AML) chief Sheikh Rashid Ahmed on Wednesday condemned the recent criticism of the Pakistan Army — both on social media and the streets — and indirectly acknowledged that the PTI and its allies have “misunderstandings” with the military establishment which he said must be resolved.

The military has come under criticism this week on social media forums, and Twitter trends against the armed forces and its leadership have seen intense activity. Slogans critical of the army were also chanted during country-wide protests staged on Sunday in support of former prime minister Imran Khan following his ouster from power over the weekend via a successful no-confidence motion.

Since last Sunday, the top trending hashtags on Twitter were those targeting the army, the judiciary and the new government, and on Tuesday the tweets using those hashtags soared to 4.3 million.

Ahmed, the former interior minister, while responding to a reporter’s question in Peshawar today, said: “No slogan should be raised against the army.”

Without naming any specific party, Ahmed said the PTI and allies should follow PML-N and Co’s suit and mend ties with the military.

“If those who curse [them] can make peace with them then we should also remove our misunderstandings and establish good relations with them (the army),” he said.

Ahmed appeared to blame the PML-N for the anti-army trends on social media, saying that the army was being criticised through a “conspiracy”.

“These are the same people who cursed this army from London and Gujranwala and now they’re polishing their boots,” he said.

Meanwhile, a meeting of Pakistan Army officials on Tuesday took note of the recent criticism directed at the institution on social media and expressed complete confidence in the leadership’s “well-considered stance to uphold the Constitution and the rule of law”.

The Federal Investigation Agency also arrested eight people from across Punjab yesterday after it launched a crackdown on social media activists that it believed had been involved in a smear campaign against institutions.

Recent reports suggest that online activists associated with the PTI’s social media wing are also allegedly being harassed for which the party’s central secretary general Asad Umar said the party had drafted a petition and would file it in the high courts today.

Ahmed, in his media talk today, was also questioned about the issue of missing persons but denied any such incidents or cases taking place during his recent tenure as the interior minister.