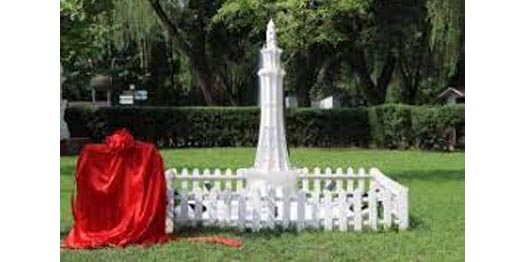 BEIJING, Aug. 12 (DNA): Pakistani Ambassador to China Moin Ul Haque unveiled the replica of Minar- e-Pakistan (monument of Pakistan) here at Chaoyang Park to further promote the all-weather friendship between China and Pakistan.
Addressing a gathering, the Ambassador said this is a very special national monument of Pakistan, according to China Economic Net (CEN).
“It reminds us of a very important day in the history of Pakistan, that is 23rd March 1940 when the Muslims of the subcontinent demanded through a resolution a separate homeland”, he added.
This monument is a symbol of the independence, freedom, and hope for the 220 million people of Pakistan. The Ambassador hopes that this replica would be cherished by the people of China and it would also serve as a symbol of friendship between China and Pakistan.
Speaking on the occasion, Chen Wei, Counsellor, Asia Department, China’s Ministry of Foreign Affairs said that China and Pakistan are all-weather strategic partners and enjoy deep-rooted friendship.
“This monument will further enhance awareness about Pakistan among the Chinese people”, he added.
This replica of Minar-e-Pakistan (Pakistan’s national monument) was installed at Chaoyang Park to commemorate the 70th anniversary of the establishment of diplomatic ties between Pakistan and China in 2021.
The ceremony was attended by senior diplomats, officials and a large number of Chinese and Pakistani community. 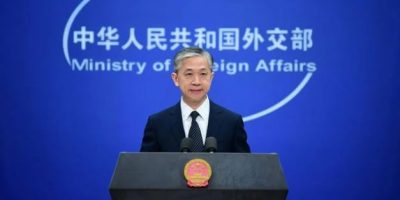