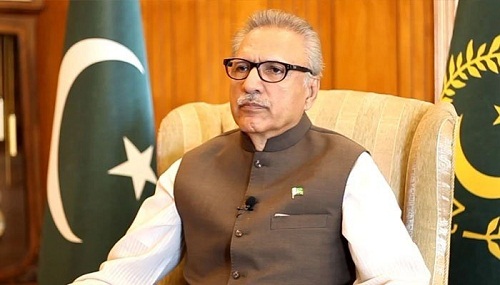 Addressing a function to mark the World Alzheimer’s Day at Aiwan-e-Sadr in Islamabad on Tuesday, the President said the increasing number of psychiatric patients is alarming in the country. He called for urgent solid steps to overcome the issue.

He said it is the most frequent cause of dementia in aged people and also a progressive illness that causes death.

The President said the ratio of this disease is low in Pakistan because people here take good care of their aged parents which is a good sign.

Special Assistant to Prime Minister on Health Dr. Faisal Sultan said it is the need of the hour to create awareness among the masses regarding Alzheimer’s disease.