Mega Hydropower projects to create 35000 jobs in the country 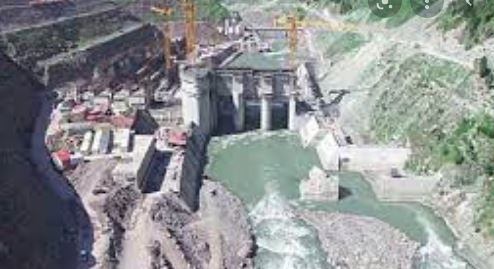 ISLAMABAD, Feb. 23 (DNA): As Chinese companies are executing mega hydropower projects in Pakistan, the officials of Pakistan Water and Power Development Authority (WAPDA) are optimistic to add 11.7 million acre feet (MAF) water storage and 11,369 MW hydel power to the National Grid by 2028-29, according to a report published by Gwadar Pro on Wednesday.

Chairman WAPDA said that the projects would create 35,000 job opportunities as well as contributing significantly towards socio-economic uplift of under developed areas.

China Gezhouba Group of Companies (CGGC) and DESCON are executing the 800MW Mohmand Dam Project in a joint venture while the contract for consultancy services for the project has awarded to Diamer Basha Consultants Group (DBCG) which also include the China Water Resources Beifang Investigation, Design and Research Company (China). Similarly, CGGC is the main works contractor of Dasu Hydropower Project Kohistan. Chinese companies are also executing several small sized hydropower projects in the country.

Chairman WAPDA said that on completion of these projects, the water storage capacity in Pakistan will increase from existing 13.6 MAF to 25.3 MAF with addition of 11.7 MAF irrigating another 3.5 million acres of land.

The additional water storage will increase carry over capacity of Pakistan from 30 to 45 days.

Mr. Hussain said that per capita water availability in the country has come down from 5,650 cubic meter in 1951 to an alarming level of 908 cubic meter per annum, pushing Pakistan to the stage of a water-scarce country.

Pakistan can store only 10 percent of its annual river flows against the world average of 40 percent. Pakistan has merely 30 days to carry over capacity of water in comparison to India with 170 days, Egypt with 700 days and USA with 900 days. The carry over water storage capacity will have to be increased from 30 days to 120 days.

Likewise, the low-cost hydel electricity – which stands at 9406 MW at present – also requires to be drastically improved from existing 30% to at least 50% in the National Grid.

Briefing the delegation about the development plans, the Chairman said that WAPDA is implementing a multi-pronged strategy for unprecedented hydropower and water storage development in Pakistan under the vision of “Decade of Dams”, through an innovative financial strategy.