Maryam, others set to address PDM rally in Faisalabad 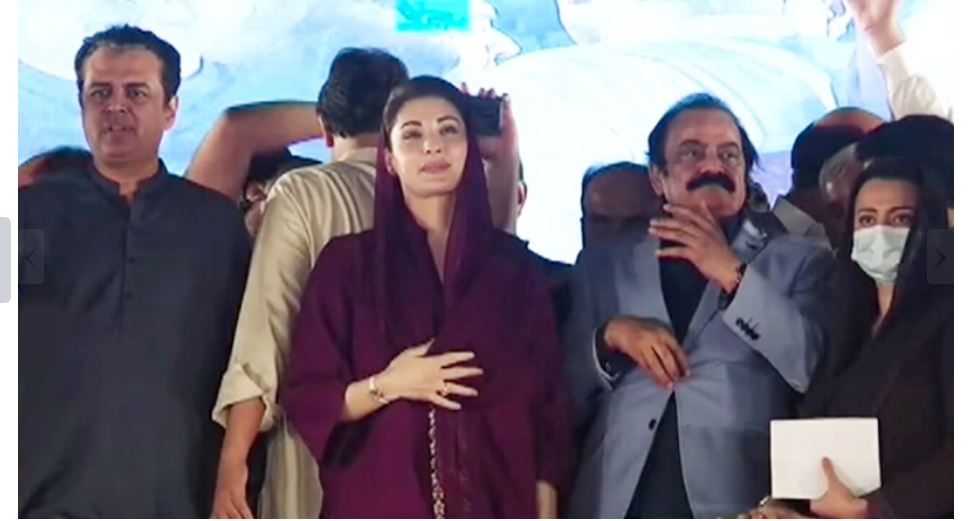 According to local PML-N sources, party supremo Nawaz Sharif will also address the gathering from London via video link while leaders of other opposition parties are also expected to speak.

The PML-N’s official spokesperson did not confirm the participation PML-N President Shehbaz Sharif while former PML-N MPA Rao Kashif Raheem claimed that Shehbaz was not due to address the rally.

On her way to the gathering, Maryam shared videos on Twitter showing throngs of supporters welcoming her.

Maryam had criticised the government over the hike in petrol prices while talking to the media in Lahore today before setting out for Faisalabad’s rally.

According to a notification issued by the Finance Division, the new price of petrol, effective from October 16 (today), was set at Rs137.79 per litre while high-speed diesel would sell for Rs134.48.

The PML-N vice president termed the price hike a “calamity” that had fallen on the people like a “lightning bolt”. “When petrol and diesel become expensive then your electricity, wheat, bread, vegetables and everything become expensive,” she added.

She said the PDM’s prior rallies had been successful at raising awareness with even children now cognisant of “what game was played with the country”.

Responding to a question, she said the PDM was perhaps not planning for a long march right now, adding that “this government is itself doing a long march against itself.”

Local leaders of the PML-N have mobilised workers by organising different corner meetings at various places in the district.

Faisalabad’s rally will be followed by a meeting of the PDM’s heads in Islamabad on Oct 18 to take up the alliance’s agenda. The discussion was deferred on Monday in the wake of the recent deaths of nuclear scientist Dr Abdul Qadeer Khan, former Azad Kashmir prime minister Sardar Sikandar Hayat Khan and PML-N MNA Pervez Malik.