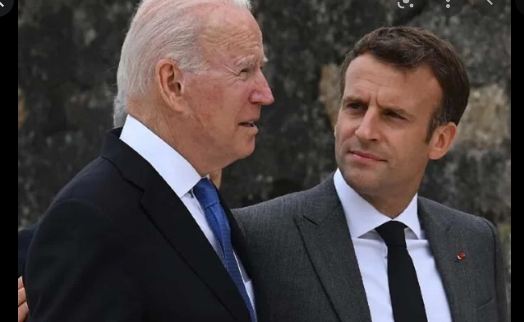 Paris, Sept 21: French President Emmanuel Macron’s fury over the cancellation of a huge submarine contract is part of a bid to show strong leadership in the run-up to 2022 elections, but he needs to tread carefully to avoid tripping up, analysts say.

France’s unprecedented recall of its US and Australian ambassadors over the scuppering of its 31-billion-euro “deal of the century” to supply Australia with 12 submarines caught Washington and Canberra off guard.

Nearly a week after the deal was torpedoed, Macron has not yet publicly commented on Australia’s decision to ditch its French order for American nuclear-powered vessels as part of a new defence pact with the US and UK to counter a rising China.

But while leaving it to Foreign Minister Jean-Yves Le Drian to complain that France had been “stabbed in the back” by its friends, it was Macron who took the decision to bring home France’s envoys.

The move, usually reserved for adversaries, appeared aimed at sending a message that one of the West’s biggest military powers — which aims to be a moderating influence at a time of US-Chinese tensions in the Indo-Pacific region — deserves more respect.

US President Joe Biden attempted to smooth the waters by requesting a telephone call with his French counterpart.

But Macron has appeared in no hurry to grant him an audience.

On Tuesday, he held talks with Indian Prime Minister Narendra Modi, where the two vowed to work together to promote stability in the Indo-Pacific area in a way that precludes “any form of hegemony.”