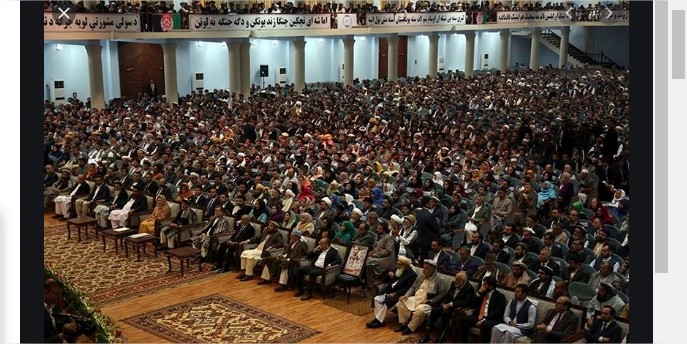 Kabul, (DNA) – Afghanistan’s Loya Jirga on Saturday, urged the government to release the remaining 400 Taliban prisoners so as to move forward intra-Afghan talks.

The Loya Jirga was called to determine the fate of the prisoners, convened Friday and wrapped up on Saturday. Over 3,200 including at least 700 women delegates participated which were split up into 50 working committees and discussed the prisoner release issue.

All 50 committees recommended the government to free the 400 controversial prisoners. Abdullah Abdullah, the chairman of the 2020 Afghanistan peace Loya Jirga and the head of Afghan peace reconciliation office announce on the second day of the meeting that Jirga has decided to agree on the release of another 400 Taliban prisoners. “None of the 50 committees of the jirga categorically opposed the release of 400 high-value Taliban prisoners, a Taliban precondition to allow intra-Afghan negotiations begin”, Abdullah said. In his tweet, he further added that: “I congratulate all Jirga members divided into 50 working committees for promptly ending their free deliberations. I welcome their input and recommendations as part of this important consultative exercise as we compile & announce the outcome tomorrow.” According to Abdullah, the first round of the intra-Afghan negotiations will be held in Doha, if the release of the prisoners is completed promptly.
Meanwhile, President Ghani said the other day that the Intra-Afghan dialogue will kick-off within 3 days after the 400 remaining Taliban prisoners are released. This comes as the Afghan government had earlier released 4,600 out of 5,000 Taliban prisoners as per the US-Taliban agreement signed in February.

President Ghani refused to release the remaining 400 Taliban prisoners saying their crimes were ‘very serious’ and he cannot make any decision by himself to release them, thus he called for Loya Jirga, a traditional gathering of people’s representatives from all over the country.