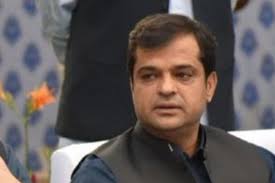 QUETTA : Balochistan government spokesperson Liaquat Shahwani on Sunday said that foolproof security arrangements have been made by the provincial government for the Pakistan Democratic Movement’s (PDM) public gathering.

On Thursday, NACTA had warned that outlawed Tehrik-i-Taliban Pakistan is planning attacks on political and religious leaderships across Quetta and Peshawar in the near future.

Addressing a press conference in Quetta, Liaquat Shahwani said bomb-proof vehicles have been provided to the PDM leadership and roads going to the hotels, where the leadership is residing are cordoned-off.

“Balochistan government has taken NACTA’s alert seriously.”
He said that parking for the vehicles of the people coming to Jalsa has been kept at some distance to the stadium.

The provincial government spokesperson said that PDM leadership is reaching Quetta from yesterday and added that MNA Mohsin Dawar was aware that his entry is banned in Balochistan.

He should have sought permission from the government before landing in Quetta, he maintained.

Responding to a query, Liaquat Shahwani said that Balochistan government has not arrested any of PDM worker, nor it has any plans.

Preparations for the Pakistan Democratic Movement’s (PDM) public gathering are in full swing.