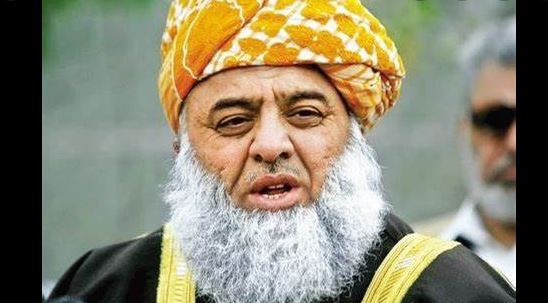 Talking to media in Quetta on Monday, he said that the local body elections in KP proved that the PTI government is fake and we should be optimistic about next year s elections.

Fazlur Rehman said that it has been proved that the words of corruption are used as a weapon, adding that defamation and humiliation of politicians should end now. Politicians who propagate against politicians are a thousand times more corrupt.

Regarding Aslam Raisani, the JUI-F chief said, “I have been here before and have always received respect here. Whenever there was any parliamentary issue, Nawab Aslam Raisani always stood by me.” =DNA