Lack of warmth towards Pakistan in Washington is regrettable, Fatemi 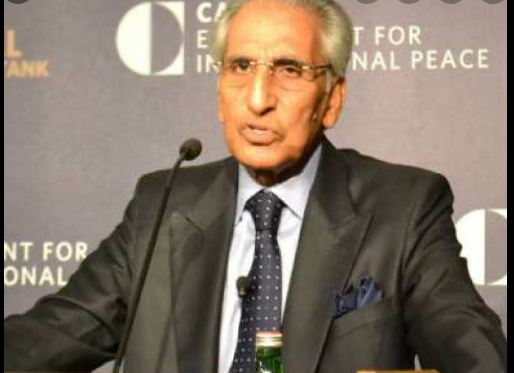 ISLAMABAD, NOV 2 /DNA/ – “The existing lack of warmth towards Pakistan in Washington is quite regrettable,” said Ambassador Tariq Fatemi. He urged deeper understanding and appreciation of Pakistan-US relations in Washington. The former adviser to the Prime Minister on foreign affairs was addressing an event on the future of Pakistan-US relations organised by the Institute of Regional Studies (IRS) here on Tuesday.

Narrating the history of friendly relations between Pakistan and the US, Ambassador Fatemi stated that Pakistan had become a member of Southeast Asia Treaty Organization (SEATO) and Central Treaty Organization (CENTO) as early as the 1950s. Since then, he maintained, the relations between the two countries had remained quite positive for a long time.

He admitted, however, that Pak-US relations had hit a rough patch since 2010. He was of the view that a powerful segment within the US decisionmaking circles was wrongly blaming Pakistan for US failures in Afghanistan during the so-called war on terror. This US school of thougt, according to Ambassador Fatemi, was mistakenly viewing Pakistan as a dishonest ally.

To the contrary, Ambassador Fatemi, maintained the Pakistan had played a pivotal role in not only bringing the Taliban to the negotiating table with the US but also in encouraging them to assist in evacuating US citizens after the fall of Kabul on August 15. Ambassador Fatemi reiterated that the US needed to realize that Pakistan did not control the Taliban but did have some influence on them.

In addition, Ambassador Fatemi maintained that growing Pakistan-China relations had also proved to be an irritant in Pak-US relations because the US was pursuing a policy of containing China in the region. He further stated that removing the US misperceptions about Pakistan had proven difficult because of Washington’s unwillingness to listen to the Pakistan’s stance with sincerity because it did not fit into the US priorities for the region.

According to Ambassador Fatemi, the Biden administration was creating a confrontational foreign policy structure in Asia in order to contain China, which could lead to a serious military crisis between the two states. He termed the presidency of Joe Biden worse than that of Donald Trump for peace and stability in South and Southeast Asia because Trump, according to him, was erratic and irrational but Biden was deliberately and systematically creating a problematic structure in the Asia-Pacific region of which India is a major component.