Kazakhstan and Pakistan: 30 years of friendship 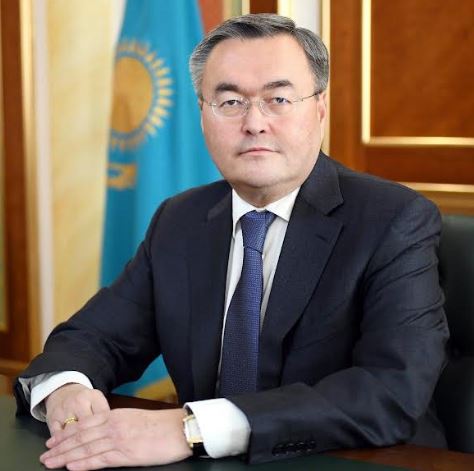 Last year, Kazakhstan celebrated the 30th anniversary of its independence. Our people remember well how, after the adoption of the fateful decision on December 16, 1991, Pakistan, just in four days, December 20, 1991, recognized sovereign Kazakhstan as one of the first amongst.

Two months later, on February 24, 1992, the first visit of the First President of the Republic of Kazakhstan Nursultan Nazarbayev to Islamabad took place, during which Kazakhstan and Pakistan officially established diplomatic relations, thereby laying the foundation for building our cooperation in various fields.

From the first days of the development of relations, our nations perceived each other as important partners in the international arena, with shared historical roots and in search for a safer peaceful world. Over the past three decades, we have strengthened ties both in a bilateral format and within the framework of regional and international organizations.

Pakistan has regularly supported Kazakh initiatives aimed at consolidating international peace, security and dialogue, such as the Conference on Interaction and Confidence Building Measures in Asia (CICA) and the Congress of Leaders of World and Traditional Religions, taking an active part in these forums. Our representatives carried out fruitful work within the framework of other organizations and structures, primarily the UN, the SCO, the ECO, etc.

We look forward to welcoming Prime Minister Imran Khan to the 6th CICA Summit in October 2022 dedicated to the 30th anniversary of the Conference.

We also pay particular attention to our interaction with Pakistan within the Organization of Islamic Cooperation, whose Ministerial Conference I am attending this week in Islamabad. Among the many challenges that the Ummah is facing nowadays, I would like to highlight the increasing risks concerning food security in view of climate change and military conflicts of growing intensity due to the worsening geopolitical situation. Therefore, as a major global producer of wheat and other agricultural products, we urge all our partners to support the activities of the Islamic Organization for Food Security, headquartered in the capital of Kazakhstan.

When it comes to bilateral format cooperation, we have a good record in trade and interaction through educational institutions. Of interest for Kazakhstan is the experience of the Pakistani Armed Forces’ participation UN’s peacekeeping operations potential.

The two governments managed to shape a solid foundation for further building up and diversifying our partnerships. Our countries have worked out close or coinciding positions on topical international and regional problems.

A trusting, constructive dialogue has developed at the level of the leaders of our countries, high-level meetings and visits are held on a regular basis. The last such meeting took place last September within the framework of the SCO Summit in Dushanbe, where the President Kassym-Jomart Tokayev and Prime Minister Imran Khan held their first tet-a-tet meeting. The conversation took place in a friendly atmosphere, the leaders noted the significant potential for building up cooperation, and focused special attention on the need to strengthen bilateral trade, economic and investment cooperation.

In this context, it is encouraging to note that last year our bilateral trade more than doubled, exceeding a record $95 million, but this figure is still far from the real possibilities of our states.

To fulfill this task, the Kazakh and Pakistani governments are actively working to expand the legal framework of our bilateral collaboration. We are talking about draft agreements in the field of transit trade, cooperation between customs authorities, etc. Interagency cooperation is being established in the format of joint working groups on trade and investment, transport and regional interconnectedness, and energy.

Since last year, there has been a positive trend in the context of the expansion of B2B relations, which is important for increasing trade. With the assistance of our diplomatic missions, in November 2021, the Kazakh-Pakistani business forum was held in Almaty, last February. Pakistan was recently visited by a delegation of Kazakh entrepreneurs. Such trips, according to representatives of business circles, allow for seeing with their own eyes the available opportunities, the results-oriented networking and discussing specific joint projects.

Separately, it should be noted that President Tokayev, within the framework of the outlined course and the concept of the New Kazakhstan, instructed the government to increase the export and transit potential of our country, develop the agriculture, the pharmaceutics, and textile industry. In this case, cooperation with Pakistan and its seaports on the coast of the Arabian Sea, for Kazakhstan, the world’s largest landlocked state, is relevant too. In all the above areas, given the solid experience and achievements of Pakistan, our countries can develop fruitful cooperation. I will say more, the negotiations that have taken place over the past few months at the level of authorized departments and private companies have already shown the existing mutual interest.

On the other hand, the foreign policy course announced last year by Islamabad for rapprochement with the countries of Central Asia, including Kazakhstan, is fully consistent with the approaches of Nur-Sultan, which once again testifies to the coinciding views and interests of our countries.

Kazakhstan, being an active participant in regional processes, is ready to support and make its own contribution to strengthening our cooperation in the regional format, which will undoubtedly contribute to the solution of such a paramount task as increasing the level of security in our region, which is the basic condition for further diversification of our relations.

Speaking about the regional context, one cannot fail to mention the situation in Afghanistan. Kazakhstan, like Pakistan, is in favor of restoring trade with the country and aiding the Afghan people in order to avoid a humanitarian catastrophe there.

Moreover, the strengthening of cooperation between Kazakhstan and the Pakistan will undoubtedly have a positive impact on other countries of the region, since to deliver goods by land, we need at least to cross the borders of the states between us.

The cataclysms taking place in the world, primarily the COVID-19 epidemic that has swept the whole world, once again confirmed the importance of closer international cooperation and mutual support. Only through joint coordinated action can we overcome global challenges.

Speaking about the Kazakh-Pakistani cooperation, it should be emphasized that our relations cannot be limited only to the security, trade, and economic component. Our nations are connected by something more in the historical, cultural, civilizational and religious context. Pakistan has for aged experienced intensive interactions with the peoples speaking Turkic languages. The Empire of the Great Mughals, whose rulers came from Central Asia, left an indelible mark on the history of Pakistan, making its unique contribution to the diverse cultural heritage of your country. For example, the Badshahi Mosque, stunning in its beauty and engineering technologies in the cultural capital of Lahore, is a vivid confirmation of this.

In this regard, it is important to pay attention to the development of cooperation in the field of culture and tourism, between our media communities. To convey this “historical memory” to the youth of the two countries, ties between youth organizations, educational institutions, joint sports events, etc. should be further encouraged.

In conclusion, I would like to congratulate the leadership and the fraternal people of Pakistan on the 75th anniversary of independence, during the period when Kazakhstan and the countries of our region celebrate the holiday of Nowruz (Kazakhs call it Nauryz), which is a New Year in our part of the world and a symbol of spring renewal. I would like to wish us all peace and prosperity.

I believe 2022 will be full of symbolism and new milestone in relations between our countries.

The writer is the Deputy Prime Minister, Minister of Foreign Affairs of the Republic of Kazakhstan