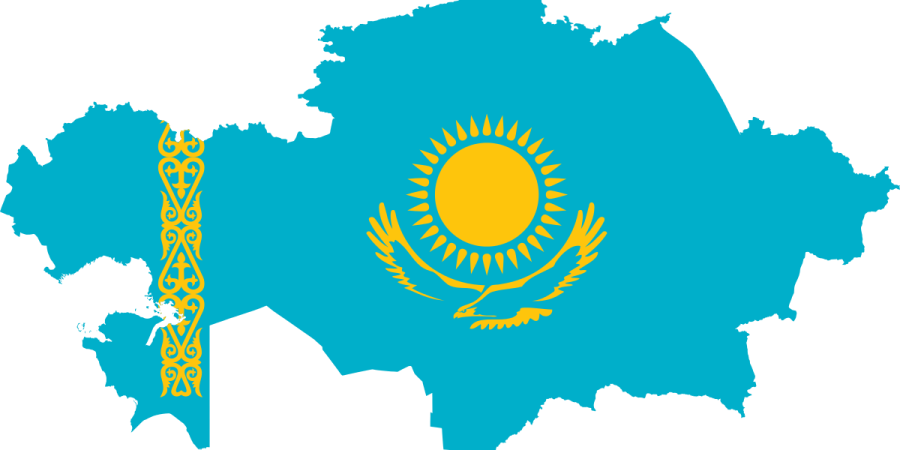 NUL SULTAN: Kazakhstan is conducting a referendum on June 5, to seek approval for amending the constitution to redefine the powers of different pillars of power and to safeguard the political and economic rights of citizens. The amendments will change the status of the parliament and also expand people’s participation in running the affairs of the government.

Kazakhstan’s President Kassym-Jomart Tokayev, who assumed office in 2019 is proceeding to revise the constitution to remove and reverse provisions adopted during the 28-year tenure of his predecessor Nursultan Nazarbayev. Since the adoption of the first constitution in 1995, it has been amended four times in 1998, 2007, 2011, and 2017.

Out of the current 99 articles in the constitution, 33 are proposed to be amended. The amendments will also make a departure from the powerful presidential system to a democratic presidential form of government.

President Nursultan Nazarbayev, who headed Kazakhstan for almost three decades and abdicated office in 2019 retained a package of privileges to avail a special status as the first president of the country. They were enshrined in the clauses adopted in 2000. In 2017 Nazarbayev bulldozed 91 amendments to entrench his influence over the country’s political landscape asserting privileges for himself as the founder of the state, the first president, and eventually the father of the nation.

The present administration aims to correct the political course as well as regulate financial and economic matters so that past tendency could be reversed and held in check. The constitution, in its amended form, will prohibit the president from holding membership of any political party during office. It will also curtail the power of the president to wholly or partly limit/overrule the authority of a provincial governor, mayor, or district commissioner deputy who does not fulfill his election promises.

All the changes will affect about one-third of the country’s constitution.

The chairman of the constitutional court, as well as the supreme court, can no longer be appointed solely by the president.The amendments will also simplify the registration of parties.

They will prohibit chairmen and judges of the constitutional court, the Supreme Court and other courts, chairmen and members of the central electoral commission, the parliament’s auditing committee, military personnel, employees of national security agencies, and law enforcement agencies from being members of political parties, trade unions, or from canvassing in favor of any political party.

The amendments will also create a right balance between the different branches of power and establish an effective dialogue between the government and the people. According to Nurbolat Gabbasov, an expert at Kazakhstan’s Institute of Eurasian Integration, the referendum is a major step to transform the political course in Kazakhstan. The new changes are aimed at bringing systematic transformation to the country’s political setup and will bring a balance between different pillars of the states.

The constitutional reforms also mark systemic measures to eventually enable a transition from the super-presidential model to the presidential republic, the redistribution of several powers, strengthening the role and status of the parliament, expanding the participation of the population in governing the country, and strengthening the constitutional mechanisms for protecting the rights of citizens, says Kazakh politician Erlan Karin.

One peculiar feature of the forthcoming referendum in Kazakhstan is that the president has initiated constitutional reforms which are not intended for concentrating his powers but rather redistributing them to other institutions, said Karin.

He hoped that the upcoming referendum on constitutional reform will create the legal basis for an effective and more balanced model of relations between the state and society. The parliament’s audit committee, which oversees expenditures, will be given additional prerogatives and its chairman will report to the parliament twice a year.

Additionally, the constitution will ban the president’s immediate family from holding political and leadership positions in the public sector. Moreover, when it comes to ownership rights, the land, and its subsoil will be declared the property of the people of

The parliament’s audit committee, which oversees expenditures will be given additional prerogatives and its chairman will report to the parliament twice a year.

Additionally, the constitution will ban the president’s immediate family from holding political and leadership positions in the public sector. Moreover, when it comes to ownership rights, the land, and its subsoil will be declared the property of the people of Kazakhstan.

For the first time, the set of amendments does not pursue the goal of strengthening the executive power marking a crucial difference from the past’s practice, says Kazakh member of parliament, Aidos Sarym.

“On the one hand, this is an attempt to create the right balance between the different pillars of power, while on the other, the role of the parliament will be strengthened by establishing the auditing committee. It may be seen as a new measure for asserting accountability. The chamber will keep all budgetary activities in check. Additionally, the constitutional court is being created at the top of the judicial system, where citizens will be able to appeal,” said Sarym.

On March 16, Tokaev proposed a program for political reforms. On April 22, a task force of leading law experts and jurists prepared the draft of changes and amendments to the constitution for pursuing political reforms.Kazakh political scientist Daniyar Ashibaev described the referendum as a vote of confidence in President Tokayev, who has been advancing democratization and reforms through the exercise. Courtesy AA