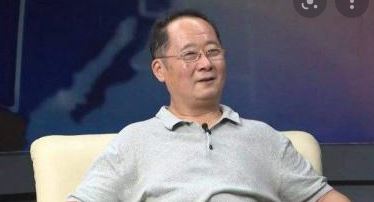 BEIJING, MAY 17 (DNA) — The Kashmir issue is the core obstacle to the normalization of relations between India and Pakistan and to peace and stability in the South Asian Sub-continent, Cheng Xizhong, Visiting Professor of Southwest University of Political Science and Law said on Tuesday.

India changed the status of Kashmir on August 5, 2019, which further complicated the Kashmir issue. Therefore, the key to normalizing India-Pakistan relations is for India to take the initiative to immediately restore the original status of Kashmir, he said in a statement.

Prof. Cheng, who is also a senior fellow of the Charhar Institute, noted that recently the National Assembly of Pakistan passed a unanimous resolution calling upon the international community to ensure accountability of India’s grave and persistent violations of human rights, war crimes being committed in Indian Illegally Occupied Jammu Kashmir (IIOJK).

In his point of view, this is a very important resolution which has fully expressed right and justice, and reflected the political, diplomatic and moral support of the government and people of Pakistan for the national self-determination struggle of the Kashmiri people.

He opined that given India’s unrepentant stance, it now seems that India is going further and further on the road of crime. In this context, the international community should take strong and concerted actions, forcing India to immediately halt and reverse unilateral and all illegal actions it has taken in IIOJK and fulfill its obligations under the relevant UNSC resolutions.

Prof Cheng suggested that, first, the UN Security Council should pay more close attention to India’s unilateral and illegal actions in IIOJK, which are seriously endangering regional peace; second, because India has seriously violated the fundamental human rights of the Kashmiri people, all international human rights organizations should continue to put pressure on India; third, all countries responsible for world peace, especially big powers, should impose the most severe sanctions on India, forcing the Narendra Modi regime to rectify its evil ways with strong measures.