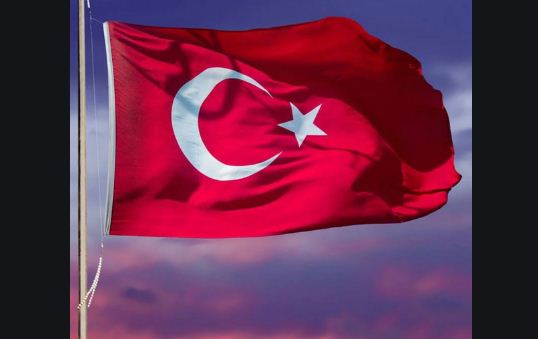 ISLAMABAD, May 31 (DNA): Speaker of the Grand National Assembly of Turkey (GNAT) Dr Mustafa Sentop has stressed for a joint stance of the Muslim Ummah to combat challenges and hostilities towards Islam, besides setting up a strong communication network with the rest of world to convey a message of peace.

The Turkish Speaker, who arrived here on Monday to attend Second General Conference of the Parliamentary Assembly of Economic Cooperation Organization (PAECO) from May 31 to June 3, said there was need to adopt new and more effective approaches to combat anti-Islam trends.

Dr Mustafa Sentop, in an interview with APP, said peace and security of the entire humankind were under threat due to (rising) Islamophobia, for which the Islamic world should strengthen the unity among its ranks and develop mechanisms to counter it.

The Muslim communities, he said, should become more active in the struggle against hostilities towards Islam. Their acquaintance and contact with other nations and communities “will prevent the seeds of hostility sown in other societies to bush out”, he added.

As regards the steps to counter Islamophobia, he said there was need to properly name the problem “we need to fight against. The name of hatred and discrimination towards Muslims is not Islamophobia, it is rather ‘hostility towards Islam’.”

The hostility against Islam, he said, was a global threat that targeted individuals, societies and states. More effective approaches should be developed to counter it along with unity among the Islamic world, he stressed.

To a question, Dr Mustafa Sentop said the ties between Pakistan and Turkey had been good all along the history. He, however, emphasized the need to work hard to improve the current situation and further their economic, military and humanitarian relations.

Highlighting the cooperation between Pakistan and Turkey in various fields, he said Pakistan held a special place for Turkey and its people. “We feel at every occasion when we meet with our Pakistani friends that these sentiments are mutual.”

Turkish President Recep Tayyip Erdogan and Pakistan’s Prime Minister Imran Khan had issued instructions for the preparation of a Turkey-Pakistan Strategic Economic Framework Document, which would work as a road map for the next five years for enhancing the trade volume.

He said military relations were another strong dimension of the two countries’ relationship. Their cooperation in the defence industry continued with growth in recent years, as well.

“The fact that both countries are on one hand exposed to foreign threats and on the other combating terrorism increases the need to cooperate in military and technology fields,” he added.

About Kashmir and Palestine issues, Dr Mustafa Sentop said the happenings in (Illegally Indian Occupied) Kashmir and Palestine were alarming. In particular, the abrogation of Article 370 of the Indian Constitution on August 5, 2019, which granted special status to the (occupied) Jammu-Kashmir, increased the current tension and closed the doors for a solution.

“We hope that the problem will be resolved within the framework of dialogue and relevant United Nations resolutions, taking into account the legitimate interests, wishes and needs of all the people of Jammu-Kashmir,” he added.

He urged the UN to implement its decisions and resolutions regarding both the Kashmir and Palestine issues.

Peace and stability of South Asia could not be isolated from the Kashmir problem and its solution would be in the interests of all parties and the region, he added.

He said the Turkish president had clearly highlighted Turkey’s stance about Kashmir in his speech to the UN General Assembly in September 2020.

Turkey would continue to stand by justice, peace and solution of the Kashmir issue through dialogue, he added.

Dr Mustafa Sentop thanked National Assembly of Pakistan’s Speaker Asad Qaiser and Senate Chairman Muhammad Sadiq Sanjrani for their hospitality. Meetings on various topics would be held here with the participation of the speakers and members of the parliaments of Afghanistan, Azerbaijan, Iran, Kyrgyzstan and Uzbekistan, which were members to PAECO along with Pakistan and Turkey.

Besides the meetings on “The Impact of Covid-19 on SGDs Implementation in the Region”, “The Role of Parliaments in Enhancing Trade & Connectivity” and “Advancing Tourism for Development and Poverty Alleviation”, he said the women parliamentarians of member countries would hold a meeting to strengthen the bonds among themselves.