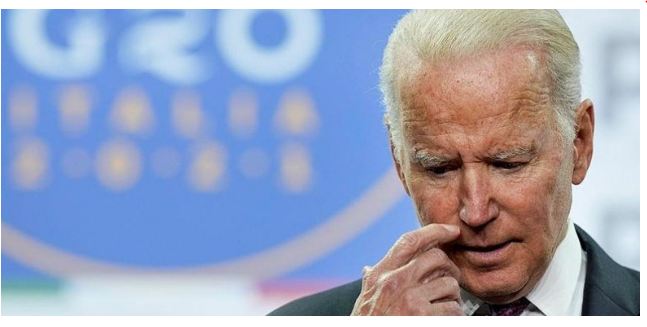 WASHINGTON, NOV 1: US President Joe Biden said Sunday he was disappointed by the lack of new climate commitments from China and Russia.

“Not only Russia, but China, basically didn’t show up in terms of any commitments to deal with climate change,” said Biden at a press conference at the end of the G20 Leaders’ Summit in Rome, Italy. “And there’s a reason why people should be disappointed in that. I found it disappointing myself.”

Earlier in the day, leaders of the world’s 20 richest nations reiterated their commitment to the 2015 Paris Agreement‘s goal of limiting the global average temperature to 1.5°C above pre-industrial levels.

Biden will also attend the world leaders’ summit at the start of the 26th UN Climate Change Conference, known as COP26, on Monday in Glasgow, Scotland. But Russian President Vladimir Putin and Chinese President Xi Jinping are not attending in person.

“We passed a number of things here to end the subsidization of coal. We made commitments here from across the board, all of us, in terms of what we’re going to bring to COP26,” said the US president.

“The proof of the pudding will be in the eating. I think you’re going to see we made significant progress and more has to be done. It’s going to require us to continue to focus on what China‘s not doing, what Russia’s not doing, and what Saudi Arabia is not doing,” he added.