Jan 20 a symbol of Azeri peoples’ unshakable will 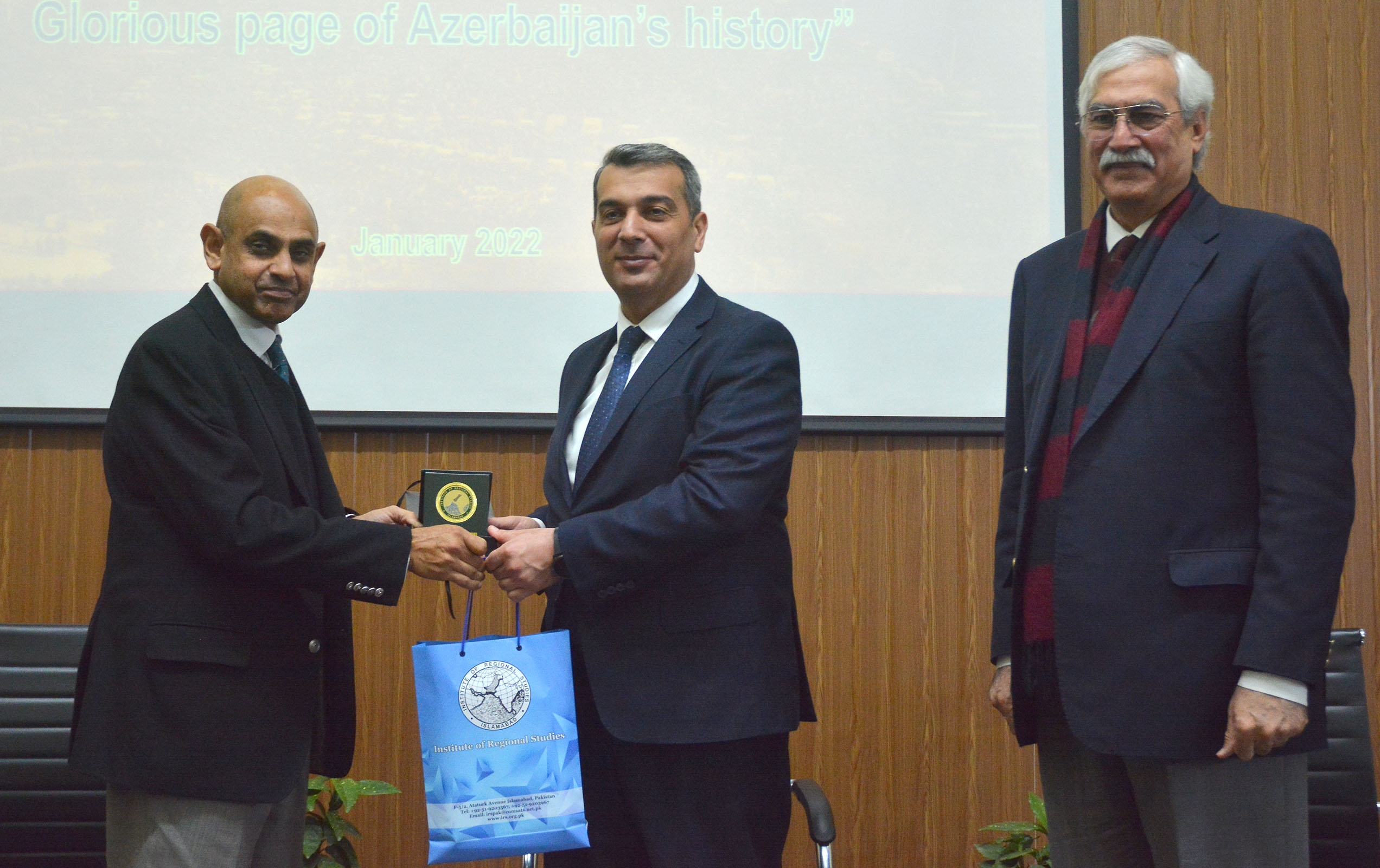 Jan 20 a symbol of Azeri peoples’ unshakable will

ISLAMABAD: Ambassador of Azerbaijan Khazar Farhadov has said  the day of January 20, which will live forever in memory of Azerbaijanis, became not only a tragedy, but also a symbol of unshakable will in the name of national independence, freedom of Azerbaijani people.

The reasons of January tragedy go deep into history, beginning from the territorial claims of Armenians against Azerbaijan.Everything began when Baku residents came out to protest against the policy pursued the then USSR leader Mikhail Gorbachev, since Armenian nationalists demanded joining the Nagorno-Karabakh Autonomous region of Azerbaijan to Armenia.

The ambassador expressed these views on the occasion of a seminar jointly organized by the SZABIST University and Azerbaijan embassy, at the premises of the Institute of Regional Studies. Ambassador Nadeem Riaz President of IRS also spoke on the occasion.

The ambassador further said, back in 1987 the Armenian academics and official figures claimed to the Karabakh region of Azerbaijan and conducted propaganda in this direction. Taking advantage of Soviet Union’s last leader, Mikhail Gorbachev’s reconstruction policy, Armenians once again resumed their insidious policy towards Azerbaijan.

Then, the Soviet government had an intention to realize the Armenian policy by diplomatic means in 1988, but failed because millions of Azerbaijanis headed to the streets to protest Armenian aggression and separatist forces fueling unrest in the ancient land of Azerbaijan — the mountainous Karabakh region.

Azerbaijani people launched the square movement to defend their rights and motherland. Indeed, the Central government sent military forces to suppress the national movement and even crushed the protestors by force. But that was temporary.

Azerbaijanis were determined to protect their territorial integrity and did not step back, showing their sacrifice and vigor for the national freedom. But the protests received totally inadequate answer — the Soviet troops committed unimaginable atrocities in Baku from the late hours of January 19 into January 20.

Ambassador Khazar said, in 1990, the night of January 19 to 20, the former Soviet military troops attacked Baku by the land and sea and carried out the punitive measures with unprecedented cruelty. As a result of this accident, 147 innocent civilians including the children, women and the old were killed, 744 wounded and 841 were illegally arrested. The terrorist savagery attack of Soviet army against Azerbaijani people, that carried out by the order of USSR President Mikhail Gorbachev was written in the history of mankind in black letters as one of the worst crimes committed against the humanity.

During the 20 January tragedy, the news was put under a blockade in the country, a power block of radio and television was brutally exploded by armed militants, the media was banned. The aim was to make the people unaware of this terrible tragedy.

Immediately after the tragedy, on January 21, 1990,Heydar Aliyev, the National Leader of Azerbaijan arrived in Azerbaijan’s representation in Moscow.

He expressed solidarity with his people, sharply condemned the Soviet leadership for committing the bloody tragedy and exposed those who led the operation: “I consider the events that took place in Azerbaijan as a violation of law, democracy, and of humanity and the principles of constitutional state building. Had necessary measures been taken by the top party leadership at the beginning of the Nagorno-Karabakh events, we would not have faced escalated tensions that led to the deadly military assault launched on civilians on the night of 19 – 20 January 1990. Everyone involved in this crime must be appropriately punished.”

At a session of the Milli Majlis of the NakhchivanAutonomous Republic on November 20, 1990, National Leader Heydar Aliyev described the January tragedy as an assault on the Azerbaijani people’s sovereign rights: “I think this tragedy, which took place on January 19-20, is a result of the great fault of the political leadership of the Soviet Union, namely Gorbachev and his dictatorial ambitions, as well as of the then Azerbaijani leadership’s betrayal and crimes against their own people.

‘ As I know, since the end of the Great Patriotic war there have never been internal mass killings of this gravity in the Soviet Union – nowhere, not in any territory of any region. And it is the Soviet army that committed this. The gravity of this crime is evidenced by the fact that the Minister of Defense of USSR Yazov and Minister of Internal Affairs of the USSR Bakatin came to Baku in advance and commanded these military operations. The defense minister was rarely seen on the forefront during the war, but look just how important these operations were deemed, how large-scale they were considered, that marshal Yazov came to Baku and personally led the operations. All of these facts confirm that this was military aggression, an insult, as well a crime against the Azerbaijani people”.

He further said, in 1993, after the return of the National Leader Heydar Aliyev to political power, important steps were taken on the investigation of the causes of the outbreak of the January 20 events and the sentence of the offenders. The significant measures were implemented in informing the world community about 20 January tragedy, its place and role in the history of Azerbaijan and the perpetuation of this tragedy.

Though the Azerbaijani people suffered military, moral and political aggression, they displayed their ability to maintain the traditions of historical heroism and resist the cruelest attacks for the sake of the freedom and independence of their motherland, even at the cost of losing their lives, the ambassador concluded.