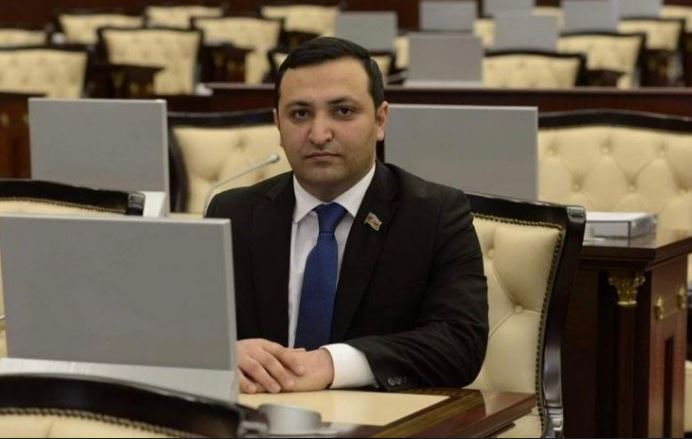 The Army is one of the main conditions for the security of every state and nation, one of the pillars of statehood. Therefore, one of the first steps and the most glorious pages of the state-building carried out by the National Leader of Azerbaijan Heydar Aliyev after his return to the leadership of the country in 1993 upon the insistence of the people was the formation of an army based on the regular and unified command. It was the army established by the Great Leader Heydar Aliyev that heroically prevented the new invasion plans of Armenia at that time and many of Azerbaijani territories were liberated from occupation.

Heydar Aliyev attached great importance to our state heritage and succession in the state-building, as well as in the preservation of our history. One of the greatest examples of this, is the celebration of June 26 as the Day of the Armed Forces of Azerbaijan by the decree of Great leader Heydar Aliyev on May 22, 1998 which is the day of the establishment of the Independent Corps of Azerbaijan in 1918. We have been celebrating 26th June with great pride. Because Azerbaijani Army, which was established by the National Leader Heydar Aliyev and further strengthened by the Victorious Supreme Commander-in-Chief, President Ilham Aliyev, heroically fulfilled its historical mission in the 44-days Patriotic War. Our Army, which liberated Azerbaijani territories from the occupation in this Patriotic War, introduced Azerbaijan to the world as a victorious state, a victorious people who won on the battlefield. There is no greater happiness than being a victorious state and a victorious people, and our Glorious Army under the Supreme Commander-in-Chief Ilham Aliyev made us feel these proud sentiments.

The defense of the blockaded Nakhchivan has always been in the center of great attention, and for this purpose, the combat readiness and professionalism of the military units in the autonomous republic have been rapidly increasing year by year. I must remind that the establishment of military units of the Azerbaijani Army in Nakhchivanstarted in the 90s of the last century under the leadership of National Leader Heydar Aliyev. 4 days after the election of Heydar Aliyev – the great son of our people as the Chairman of the Supreme Majlis of the Nakhchivan Autonomous Republic,the Defense Committee was established on September 7, 1991. The purposeful measures taken by Heydar Aliyev in the direction of army building at that time, along with protecting the blockaded Nakhchivan from enemy attacks, were also the beginning of the process of building the National Army in independent Azerbaijan.Thanks to the political wisdom of Heydar Aliyev, the Soviet army units left Nakhchivan and their weapons and equipment were handed over to the Azerbaijani Army.

As a result of the army building policy founded by National Leader Heydar Aliyev and succesfully continued by President Ilham Aliyev, the material and technical support of the military units of the Combined Arms Army has been strengthened, and combat readiness has increased significantly. In this regard, the Combined Arms Army attracts attention as one of the most perfect examples of army building in our country. It is no coincidence that during his visits to Nakhchivan, President Ilham Aliyev always visits military units and gets acquainted with the work done to strengthen the defense capabilities of the Autonomous Republic on the spot. During his 15th visit to Nakhchivan as head of state on May 10 last year, President Ilham Aliyev attended the opening of Military Airfield of the Combined Arms Army and the Nakhchivan Garrison Central Hospital.

I would like to note with pride that the strong support fact of our state to the Autonomous Republic has turnedNakhchivaninto a region capable of fully defending itself from foreign threats.The liberation of Gunnut village of Sharur region which was occupied by Armenian armed forces in 1992 and liberated by the Combined Arms Army after 26 years – in 2018, is a great result of the army building in the Autonomous Republic.During the Gunnut operation, which became an important military-political event in our society on the 100th anniversary of the Azerbaijan Democratic Republic, Khunut mountain and Aghbulag height, Gizilgaya mountain and Mehridag were liberated from occupation, and about 11,000 hectares came under Azerbaijani control. The greatest strategic importance of the Gizilgaya height is that,it allows our army to control the highway in Armenia.

Units of the Combined Arms Army showed their bravery in the Great Patriotic War as well. In the Patriotic War, which resulted with the victory of our Glorious Army, military personnel of the NakhchivanCombined Arms Army, special forces, as well as graduates of the Military Lyceum named after Heydar Aliyev and graduates of the vocational training courses organized in the Nakhchivan Garrison Troops made history by showing great courage and created new examples of heroism.

President Ilham Aliyev during his visit to the Nakhchivan Autonomous Republic last year in an interview with Azerbaijan Television said: “The servicemen of the Nakhchivan Army, both special forces and other units, took an active part in the second Karabakh war, gave martyrs and demonstrated tremendous self-sacrifice. You know that special groups were brought to Baku from Nakhchivan. At the same time, I have to say, or rather I can already say this, that some of the weapons and ammunition of the Nakhchivan Army were brought to Baku and dispatched to the frontline. We are now replenishing the stocks of those weapons, but it happened. Therefore, the Nakhchivan Autonomous Republic has contributed a great deal to defending the borders of our country and strengthening the military capacity of Azerbaijan in general. So Nakhchivan will always be adequately protected.”

With the attention and care of President Ilham Aliyev, army building continues rapidly in the Autonomous Republic on the basis of the new challenges that arose after the Great Patriotic War, various measures are being taken to increase the combat capability of the Combined Arms Army.All tasks set by the Head of State in this field are being implemented rapidly and with high quality in the Autonomous Republic under the leadership and control of the Chairman of the Nakhchivan Supreme MajlisVasifTalibov.

It is no coincidence that the Combined Arms Armyis distinguished among the armed forces of the current CIS member states in terms of its high combat capability. This is one of the most perfect examples of army building in our country. In general, the Combined Arms Army, which stands firmly in the defence of Nakhchivan, is fulfilling its mission with dignity and determination.

Member of the MilliMajlis of the Republic of Azerbaijan. 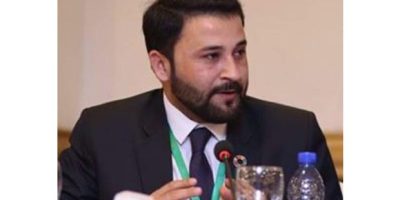 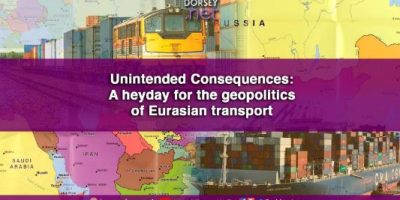