Investors not satisfied with pace of work on CPEC 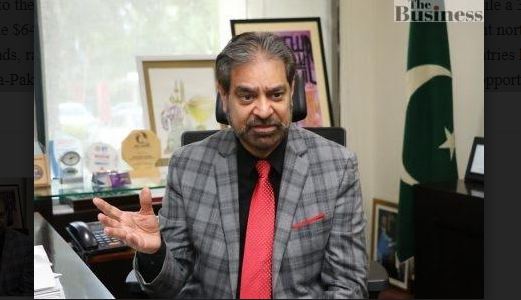 ISLAMABAD: The Federation of Pakistan Chambers of Commerce and Industry’s Businessmen Panel, showing concern over the small progress and slow pace of development on CPEC, has stressed the need for expediting the completion of projects associated with the multi-billion-dollar China Pakistan Economic Corridor.

The FPCCI’s presidential candidate for 2021-22 elections nominated by the BMP, Irfan Iqbal Sheikh, pointed out that the investors were not satisfied with the pace of work on CPEC and no progress on the portfolio was seen during the last three years, calling for measures to advance the CPEC projects, maintaining that the second phase will prove to be instrumental in consolidating Pakistan’s economic development. He said the strategic cooperative partnership between the two countries has served the fundamental interests of the two allies and contributed to peace, development and stability in the region.

Terming the multi-billion-dollar China Pakistan Economic Corridor project pivotal to accelerating Pakistan’s economic development and regional prosperity, he observed that the expeditious completion of the CPEC projects should be the foremost priority of the government.

Irfan Iqbal Sheikh, who is also LCCI former president, said that several countries have shown keen interest to develop infrastructure projects and industrial units under the umbrella of CPEC. He said that it is the time to sort out major bottlenecks to economic and social development which needed to be addressed to boost economic growth. He said that more than 130 Chinese companies are working in Pakistan on CPEC projects and top priority should now be to revive the confidence of those working on CPEC. It is appreciable that almost 20 projects worth $16 billion were completed, including 10 power projects of over 5,000MW and HVDC transmission line of $9.5 billion.

Mian Anjum Nisar appreciated the government to establish a facilitation centre at the CPEC Secretariat to provide one-window facility to the international investors through coordination of various ministries and provinces. It is good that efforts are being made to clear billions of rupees of Chinese companies so that they can give dividends to their shareholders.

FPCCI former President asked the government to focus on Special Economic Zones (SEZs) which are necessary to attract foreign investment, as medium term projects have to be ready by 2025. It is the time of expansion and development and balanced regional economic development, processing and manufacturing industries can bring improvements in country’s progress. He said development at Gwadar Port should have been faster as it is not up to the expectations, as there is neither electricity nor water in Gwadar while a 300MW coal-fired project has not yet been established.

He said that the $64 billion CPEC is aimed at connecting China’s strategically important northwestern Xinjiang province to the Gwadar port, through a network of roads, railways, and pipelines to transport cargo, oil, and gas. Both the countries have already agreed on the implementation of the second phase of China-Pakistan FTA with a view to enhance trade, economic and investment opportunities between the two countries.