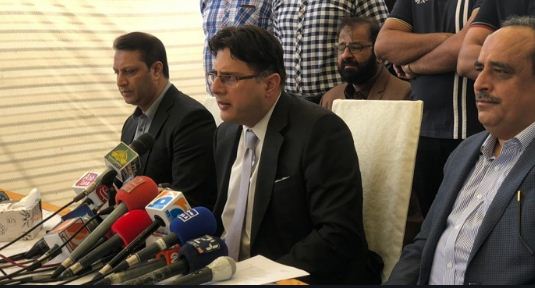 KARACHI, MAY 24 (DNA) – Interpol in a letter to Pokarachi terror actslice and the CTD has sought details of the Belgian citizens involved in terror activities in Karachi.

Interpol Brussels chapter, in a letter to Additional I.G. Police Karachi and DIG Counter Terrorism Department (CTD) via the Federal Investigation Agency (FIA), has sought the list of the citizens of Belgium involved in terrorism in Karachi, sources said.

According to sources, Belgian authorities had sought details of the terror suspects from the Interpol.It is to be mentioned here that the CTD Karachi DIG Omar Shahid Hamid had wrote a letter for arrest of the Belgian nationals involved in anti-state activities in Karachi.

“Wahid Hussain alias Guddu is holding dual nationality of Pakistan and Belgium”, the letter read. Wahid Hussain had disclosed names of his associates including Arif Ajakia, Saleem Belgium and others in committing various crimes, according to CTD.

The CTD in its letter further said that the terror network comprises of 30 to 40 members. “Those staying in Belgium also collecting funds from the Pakistani community, which used for terrorism acts in Karachi,” according to the letter.

The CTD had requested the foreign ministry to share the JIT report with the Embassy of Belgium. Earlier in February, the Counter-Terrorism Department of the Sindh Police had arrested Wahid Hussian aka Guddu, during a raid conducted in Karachi’s Gulistan-e-Jauhar area. = DNA