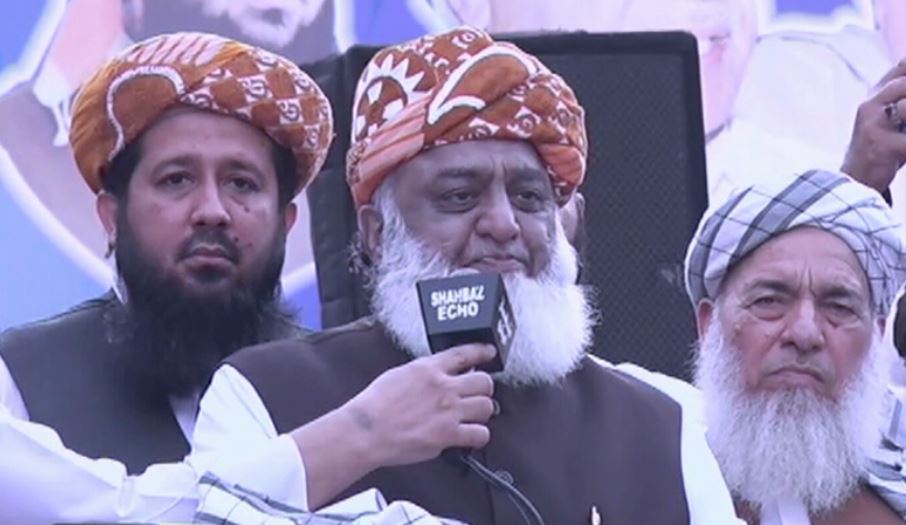 KARACHI, NOV 13: Pakistan Democratic Movement (PDM) president Maulana Fazlur Rehman on Saturday urged the country’s institutions to “repent on past mistakes, reassess their role and ask the nation for forgiveness”.

The Jamiat Ulema-i-Islam-Fazl (JUI-F) chief was addressing a PDM rally in Karachi, the first in a series of countrywide protests recently announced by the opposition alliance against rising inflation. Today’s rally will be followed by one in Quetta on Nov 17, in Peshawar on Nov 20 before moving on to Lahore and then Islamabad.

“We also want to say to the institutions that they should understand the realities and reassess their role,” the JUI-F chief said in his address to the rally. “They should look at their mistakes in the past, self reflect, express shame on what they have done and ask for forgiveness from the people.”

“Only then will we be able to protect the country as a nation,” he added.

He said the PDM was fighting a war for the country’s survival and represented the nation’s hope and voice. “We have to support the nation in this crisis.”

Coming down hard on the government, the JUI-F chief criticised it for the inflation in the country, which he claimed had led to children being sold and parents killing themselves due to their inability to provide for them.

“Nations are strengthened … when their economies are stable and the people are prosperous but look at where this country is being taken,” he said. “We are spending day and night by begging.”

He blasted members of the government for their promises before coming to power and their statements after.

Other PDM leaders also addressed the rally, with senior PML-N leader Shahid Khaqan Abbasi saying that people were being “crushed” by inflation and the only solution was in “immediate transparent elections”.

The PDM’s announcement of protests against inflation came while the government continues to face severe criticism by the opposition over the soaring prices of various commodities in the country.

The criticism particularly intensified after Prime Minister Imran Khan approved a Rs8 increase in the price of petrol earlier this month. Major opposition parties, including the PML-N and the PPP, have held countrywide rallies and protests over what they term “unprecedented inflation in the country”.

Meanwhile, inflation measured through the Sensitive Price Index posted an increase of 1.23 per cent for the week ended on October 28 driven by a sharp rise in the prices of essential food items, data released by the Pakistan Bureau of Statistics showed.