Inside story of meeting between PTI, PML-Q leaders 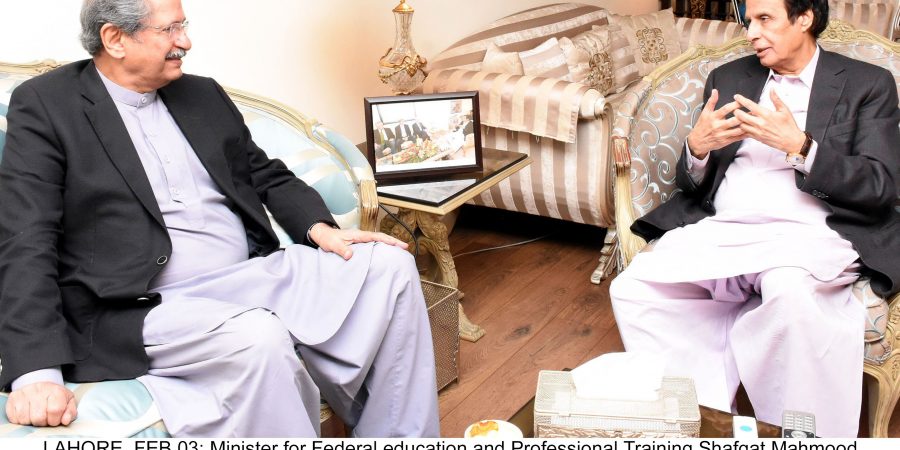 Sources said that the meeting fails to bear any fruit as differences persist between PTI and PML-Q. It emerged that Shafqat Mahmood has met separately with Pervaiz Elahi and conveyed the message of Prime Minister Imran Khan to him.

According to a private television channel report, Pervaiz Elahi insisted for implementation of the recommendations tabled by the previous dialogue committee comprising members including Jahangir Tareen and Pervaiz Khattak.

The PML-Q leader said that he will prefer to hold a direct meeting with PM Imran Khan. The dialogue committees of both sides did not finalise the schedule of the next round of talks, sources added.

It is pertinent to mention here that a member of the PM-designated committee to allay concerns of coalition partners, Shafqat Mahmood, approached the leadership of Pakistan Muslim League-Quaid (PML-Q) today.

Mahmood is part of the committee along with other members including Governor Punjab Chaudhry Mohammad Sarwar and Chief Minister Punjab Usman Buzdar to address the concerns raised from the PML-Q, a key coalition partner in the PTI-led federal and provincial governments.

Chaudhry brothers said that the round of talks will be held after the government starts implementation on the previously negotiated matters.

While pointing out the talks held between the government and PML-Q with the second committee, they said that making changes creates distrust. They urged the federal government not to establish the tradition of changing stances.

Chaudhry Shujaat Hussain said that PML-Q is coordinating with the PTI government in view of the national interests but some ministers are trying to create misunderstanding between them and Prime Minister Imran Khan. =DNA