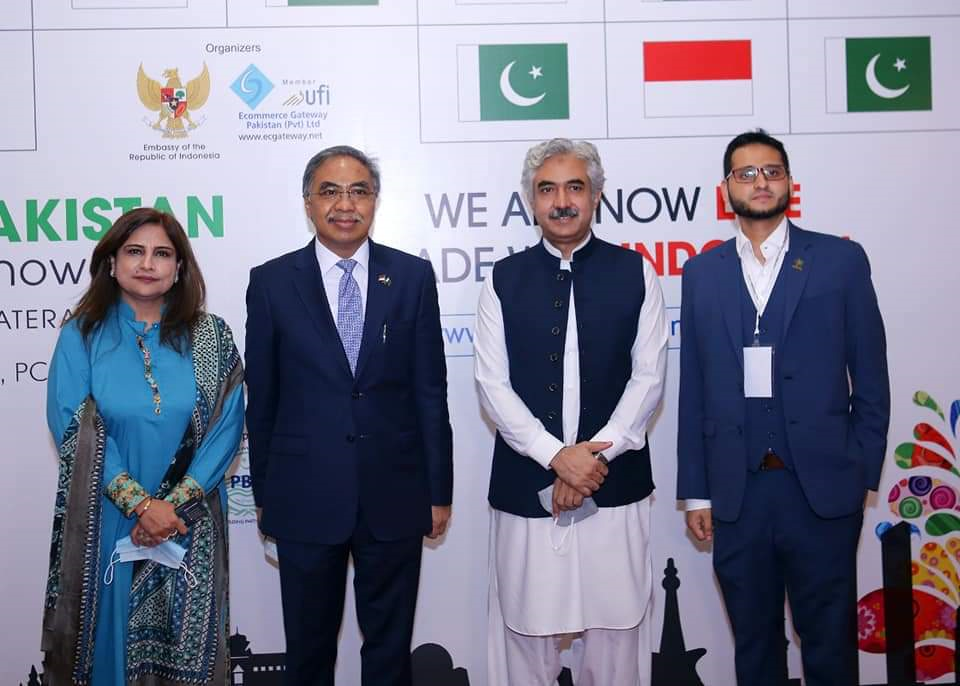 Both the initiatives aimed at providing a platform for business communities of the two countries to get more information which may have to increase commercial transactions potential various fields such as health, pharma, food, agriculture, textile and furniture.

Addressing the inaugural ceremony, Provincial Minister said Pakistan and Indonesia shared deep potential, cultural, religious ties and respect for democratic values. Being the largest countries in the Islamic world, the two stand together for their progress and prosperity.

He said Indonesia-Pakistan preferential trade agreement had been beneficial for private businesses of both countries and instrumental in focusing growth in Pakistan. The level of trade and investment between the two countries had not kept pace with global trends. There was considerable untapped potential to expand trade taking advantage of the PTA, he observed.

He said the recent understanding between PBIT and Indonesian Embassy in Pakistan to form a joint working group to facilitate bilateral trade and investments clearly indicates our resolve to strengthen the economic ties between the two countries.

Provincial Minister said, “As a result of bold economic reforms of the PTI government, we have achieved significant improvement in all major economic fronts; Pakistan’s economic growth has increased despite the challenges of COVID-19.”

Speaking on the occasion, Ambassador of Indonesia Adam M. Tugio congratulated the Punjab government and Punjab Board of Investment & Trade for holding a successful event. He said the embassy would convene a series of events to promote tourism and investment. This series of activities would be complementary to cultural diplomacy i.e. being conducted by the embassy in collaboration with E-Commerce Gateway Pakistan. He hoped that such activities would enhance people-to-people contacts and increase trade volume which amounted to $2.5 billion last year.

CEO PBIT Dr. Erfa Iqbal briefed on various sectors and availability of numerous potential opportunities for investors in Punjab. She pointed out that special economic zones were being set up in all the provinces and regions of Pakistan.