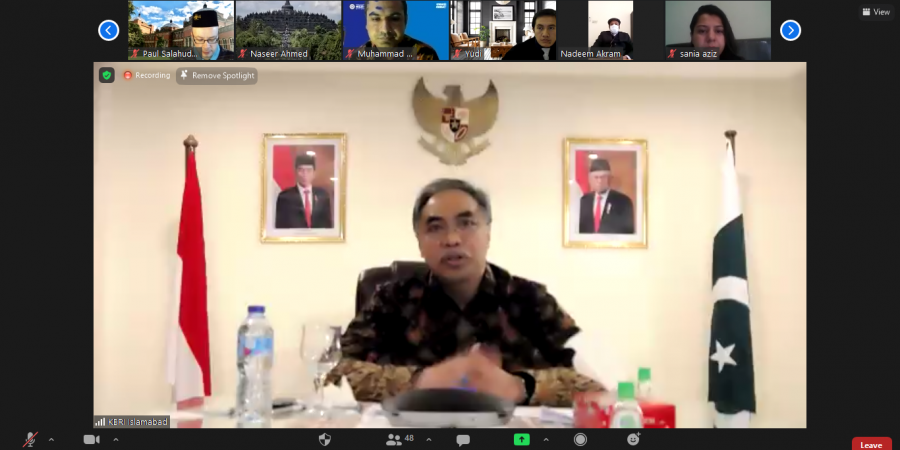 ISLAMABAD: Ambassador of Republic of Indonesia Adam Tugio has Indonesia and Pakistan have always enjoyed a great level of understanding and friendship based on common religious, cultural and social values and their unique relations in various spheres have naturally continued to grow stronger and deeper.

Pakistan and Indonesia stand proudly together as two of the largest Muslim populated countries and emerging economies of creative and talented people. It is very pleasing to note that both the countries aspire to maintain and further develop their exemplary ties and transform the potential of these ties to bolster cooperation in various venues.

Ambassador Adam Tugio expressed these views during a webinar facilitated by the Indonesian embassy. Friends of Indonesia including participants of the FAMTRIPS and representatives of the tourism and hospitality industry attended the Webinar.

Ambassador Adam further said, President Joko Widodo state visit to Pakistan in 2018 marked a historic milestone and set a new dynamism in the bilateral relations of the two countries.

Both the countries highly value their ties and encourage all-around cooperation to further strengthen the fraternal bond between the two nations.

Talking about defence cooperation Ambassador Adam said, Indonesia and Pakistan have a long history of defense and security cooperation that includes training of defense personnel and cooperation between their respective defense educational institutions and defense productions.

Indonesia and Pakistan have recently (8 – 9 Oct 2019) held high level meeting in the context of establishing a ministerial-level Indonesia-Pakistan Security Dialogue forum.The main agenda of the meeting discussed the framework that will serve as a reference in the holding of the dialogue forum as well as issues of mutual concern between the two countries, including issues of global and regional security, terrorism, narcotics, maritime security, and human trafficking.

Dilating upon trade and economic ties Ambassador Adam said, Indonesia and Pakistan with their combined population of almost half billion are two emerging economies of young and talented people and there existed great potential of trade & investment and economic cooperation between them.

Though PTA between Pakistan and Indonesia was signed on February 3rd, 2012 and became operational on September 1st, 2013, however, subsequently the trade surplus increasingly widened in favor of Indonesia. To make PTA equally favorable for both the countries Indonesia agreed to grant unilateral concessions on additional 20 tariff lines of Pakistan’s export interest. Concessions on these tariff lines have come into effect from March 1st, 2019.

I am confident that mega project such as CPEC has immense potential to attract diverse investment opportunities and promote industrial, financial and agricultural cooperation. In the context of the emerging opportunities in Pakistan and the region, Indonesia was seriously considering Pakistan as its diverse investment and joint ventures destination for its key exports to the Central Asian and Middle East regions.

As Ambassador of the Republic of Indonesia, I look forward to contribute in further strengthening of government to government ties and facilitate business to business contacts between our two brotherly countries. I am very optimistic that close consultation and coordination involving all the stakeholders including Pakistan Business Council, Chambers of Commerce & Industry will produce the desired mutually beneficial results.

In this connection, through synergized efforts we would like to develop a coherent road map and framework to power ahead towards benefiting from the diverse existing and emerging opportunities and bringing the economic cooperation and bilateral trade between our two countries to the next level.

Though, over the years, bilateral trade has been showing upward trend between our countries, nevertheless, to improve the trade imbalance and scale up the numbers to its true potential diversification and expansion of the economic ties was essentially the way forward. In this regard, LNG and POL Products, IT, E-commerce, Tourism and Service sectors were the potential areas where both the countries could promote cooperation.

It will be my earnest effort to maintain close coordination with the Chambers of Commerce and Industry and give special emphasis on identifying and removing bottlenecks to better facilitate the businessmen of the two sides and encourage them to participate in trade expos to establish B2B contacts with their respective counterparts.

The COVID-19 crisis has created not only massive public health challenges but also an unprecedented economic shock for countries across the globe and Indonesia is no exception. Indonesia believes multilateralism was the best and only way to address the current global challenges and failure to cooperate beyond our borders will lessen our capability to manage the outbreak.

The severe impacts of the outbreak, particularly on the economy, needed to be addressed collectively, mainly through innovative ways to enhance cooperation and develop technology and human resource capacity to deal with this pandemic.

In responding to the pandemic through its strategy of balancing health with economy, Indonesian Government made the public health as it top priority. To minimize the economic impact the government unveiled stimulus package worth US$47.6 billion to anchor the virus-hit economy. The stimulus package was in addition to other smaller packages that are primarily designed to strengthen the healthcare system, direct more spending toward social protection to boost consumption and provide incentives to rescue Indonesian businesses from bankruptcy and workers from layoffs.

Indonesia was also moving closer towards releasing a potential vaccine for Covid-19, with officials expecting a widespread public availability in the first quarter of 2021. This comes following the arrival of the potential Covid-19 vaccine developed by a China-based pharmaceutical company Sinovac, in cooperation with Indonesian state-owned pharmaceutical company Bio Farma.

Indonesia was highly upbeat of making firm economy recovery next year and were expecting to grow by 4.5 to 5.5 percent after the growth remained flat this year. The government has proposed 185 billion budget for 2021 as the government would continue spending to recover from the COVID-induced economic downturn.

As the founding member country of ASEAN, over the past fifty three years, Indonesia has been working hard to create the ecosystem of stability and prosperity in the South East Asia region. Through ASEAN unity and centrality Indonesia continues to contribute in the creation of stable and prosperous Asia Pacific region.

Indonesia and Pakistan fully realize the importance of cooperation at the multilateral forums. Both countries have worked closely on major regional and global issues and continue to work with mutual coordination and cooperation at important regional forums including Asia-Europe Meeting (ASEM) and the ASEAN Regional Forum. Indonesia highly value Pakistan ‘Vision East Asia’ policy as it aims at deepening and further strengthening political, economic and cultural ties with ASEAN and its member states.

To augment people to people contacts and foster cultural & academic linkages, the Embassy continues to engage the Pakistani educational and cultural institutions, students and other segments of the civil society. The Social and cultural events organized by the Embassy in collaboration with Pakistani counterparts brought together the talent of Indonesian artists and glimpses of the unique Indonesian culture and tradition to the people of Pakistani and have been helpful in creating more awareness about Indonesia in Pakistan.

Education is one of the areas that offer some great potential for the bilateral cooperation to benefit from and bring the people of the two countries even closer.

Following the success of the Indonesian government scholarships of KNB and Daramsiswa in Pakistan, there has been growing interest among the Pakistani students to pursue higher education programs in Indonesia. More recently, master and doctoral level partially funded scholarships offered by some Indonesian universities have also received encouraging response from the Pakistani Students.

Therefore, in view of the Pakistani student’s interest, there is opportunity for the universities of the two countries to capitalize and lay foundation for a solid academic cooperation.

There was need for the Higher Education Authorities of both the countries to work together and play their due role in promotion of academic cooperation and facilitate the students.

Tourism is generally about leisure and pleasure but it also promote cultural exchange and provide opportunity to people of various cultures to meet and understand each other. It also brings people of the similar taste and profession together and opens up windows of many opportunities to benefit from.

These days, tourism is one of the fattest growing industries in the world. In addition to the opportunities for recreation and cultural exchange, tourism industry has emerged as a big source to generate employment opportunities, grow service sector and help earn foreign exchange. Hence, tourism spurs the overall economic growth worldwide.

Recent statistics suggests that tourist arrival in Indonesia from Pakistan has remained very low even if put into comparison with the countries in the South Asian region. In 2019 Indonesia received only 15000 tourists and this meager number was even below the roughly half of the Sri Lankan 30 thousands tourists which visited Indonesia last year.

I am very pleased to share that Indonesian Lion Air has plans for coming to Pakistan and is expected to start flying to Pakistan as soon as the situation is right in the post COVID era. It is expected that the Lion Air operation will bring down the travel cost, reduce the travel time and consequently push up the tourist’s number towards the level where it should be. 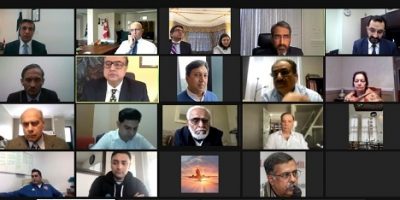 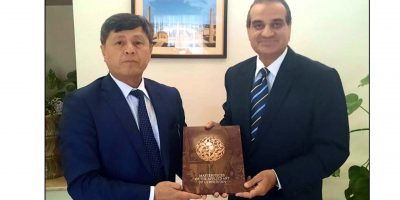