India’s honouring of Abhinandan for ‘imaginary feats of gallantry’ against military norms: Pakistan 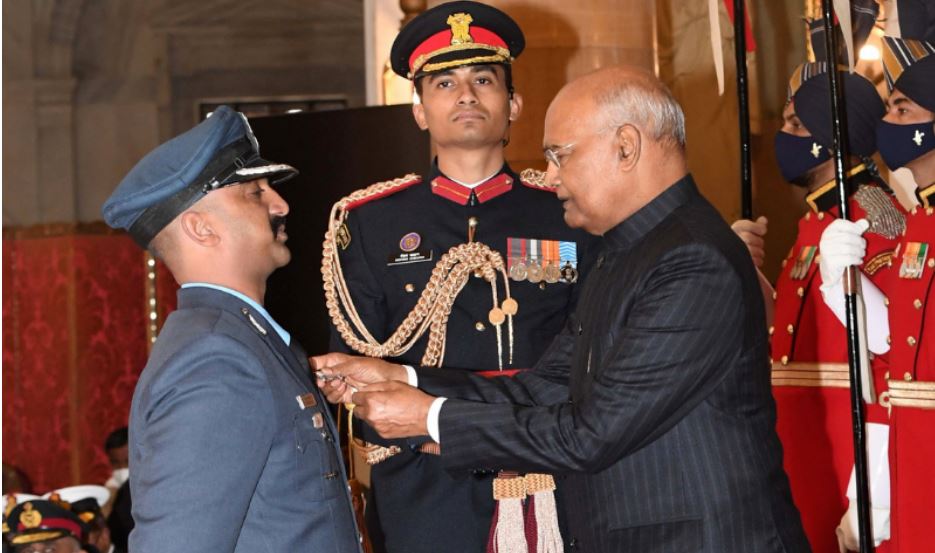 ISLAMABAD: Pakistan on Tuesday termed the gallantry award conferred on Indian Air Force (IAF) pilot Abhinandan Varthaman — who was captured by Pakistan in 2019 after his MiG 21 Bison aircraft was shot down by a Pakistan Air Force (PAF) jet and later returned to India — a “classic case of Indian fabrication and pure fantasy” aimed at appeasing domestic audience.

In a statement issued a day after Abhinandan was given the Vir Chakra medal by Indian President Ram Nath Kovind, the Foreign Office said the move was done to “hide [India’s] embarrassment”.

According to a report by The Indian Express, Abhinandan, who was recently promoted from wing commander to group captain, was awarded the medal for “showing conspicuous courage” while shooting down a Pakistani F-16 aircraft in February 2019 — a claim that has been rubbished by the Pakistan military, independent observers as well as the international media.

The claim was refuted again by the Foreign Office in its statement today. “Pakistan categorically rejects the entirely baseless Indian claims that a Pakistani F-16 aircraft was shot down by an Indian pilot before he was captured by Pakistan in Azad Jammu and Kashmir (AJK) in February 2019,” it read.

The statement noted that international experts as well as United States officials had already determined that no Pakistani F-16 aircraft was shot down on the day concerned after taking stock of the country’s F-16 aircrafts.

“India’s insistence on propagating a lie that has been thoroughly exposed is ludicrous and nonsensical. Granting military honours for imaginary feats of gallantry is contrary to every norm of military conduct. By giving such award, also as an afterthought, India has only made a mockery of itself,” the statement added.

Recalling the events of Feb 27, 2019, the FO said two Indian aircraft were shot down — a MiG 21 Bison aircraft that fell down in AJK and a SU 30 aircraft that fell on the other side of the Line of Control (LoC). The pilot who ejected from the aircraft in AJK — Abhinandan — was captured by Pakistan and later handed over as a goodwill gesture.

In addition, the Indian Air Force in a “state of panic” shot down its own Mi-17 helicopter on the same day which it denied initially but accepted later, the FO recalled.

“Indian Air Force was completely outplayed on the day. It is obvious that India’s farcical story has no credibility whatsoever before the international community,” the statement said.

“Pakistan stands as ready and resolute to thwart any hostile designs as it was in February 2019. India would do well to learn a lesson from its botched attempt to violate Pakistan’s sovereignty and refrain from any misadventure in future,” the FO warned.

Following an attack in occupied Kashmir’s Pulwama earlier that month, Indian military planes violated the LoC on Feb 26, 2019, intruding from the Muzaffarabad sector.

“Pakistan Air Force immediately scrambled” and Indian aircraft went back, the Inter-Services Public Relations (ISPR) had said at the time.

The next day the PAF undertook strikes across the LoC from Pakistani airspace.

“In response to PAF strikes this morning […] Indian Air Force crossed the LoC. PAF shot down two Indian aircraft inside Pakistani airspace. One of the aircraft fell inside Azad Jammu and Kashmir while the other fell inside IOK,” said ISPR.

“One Indian pilot (Abhinandan) arrested by troops on ground while two in the area,” it added.

Abhinandan was initially captured by locals in Azad Kashmir before being taken into custody by Pakistan Army personnel. Videos of his capture showed army soldiers and officers intervening forcefully to save him from a crowd of angry citizens.

A wide cross-section of the Pakistani citizenry had subsequently called for him to be treated with respect and dignity.

Famously, a video released by the ISPR had shown the officer conversing with military officials in a congenial environment and acknowledging that he had been treated well.

“I’d like to put this on record; I will not change my statement even when I go back to my country. The officers of the Pakistan Army have looked after me very well,” Abhinandan had acknowledged in the video.

He was later handed over in a gesture of peace to India at the Wagah border on March 1, 2019. 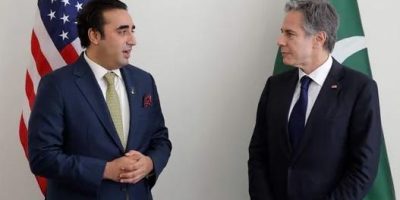