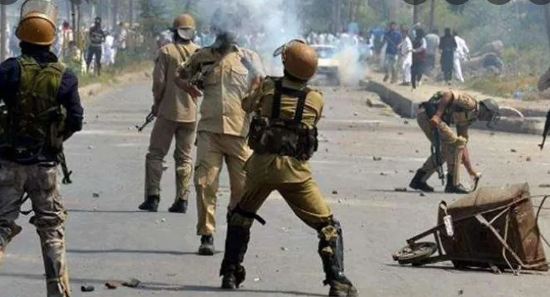 ISLAMABAD, OCT 01 (DNA) – In Indian illegally occupied Jammu and Kashmir, the Indian troops in their unabated acts of state terrorism martyred fourteen Kashmiris during the last month of September.

According to the data issued by the Research Section of Kashmir Media Service, today, of those killed five Kashmiris were martyred in fake encounters.

During the month, thirty two youth were critically injured due to use of brute force and firing of pellets and teargas shells by Indian police and paramilitary personnel on peaceful demonstrators in the territory.

As many as 125 civilians, mostly youth, activists and students, were arrested and several of them were booked under black laws, Public Safety Act and Unlawful Activities (Prevention) Act. The troops also misbehaved with a woman and destroyed and damaged a house during the period. = DNA