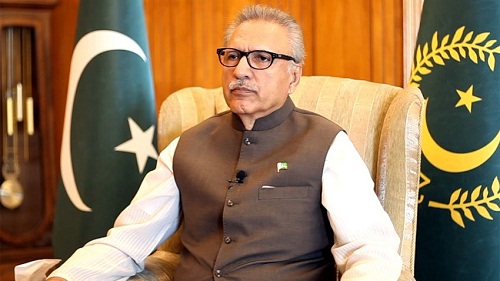 Islamabad : President Dr Arif Alvi says India has always been playing a spoiler’s role in Afghanistan, as it wants to create misunderstanding about Pakistan in that country.

Speaking in a private TV channel programme, he said peace and stability in Afghanistan is vital for regional stability and Pakistan would especially immensely benefit from it.

The President expressed hope that all Afghan parties would peacefully resolve their issues with consensus and through peaceful means.

Expressing his dismay over the recent allegations levelled by certain Afghan leaders against Pakistan, he said Islamabad has already reiterated its clear position over Afghan peace and reconciliation process.