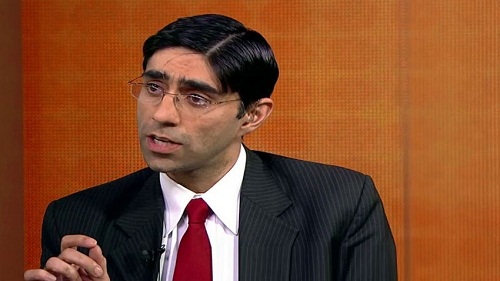 Islamabad : Advisor to Prime Minister on National Security, Dr Moeed Yusuf says the world is not addressing the issue of India’s involvement in fomenting terrorism from Afghanistan.

In his reaction to the speech delivered by the Indian Prime Minister at the United Nations General Assembly, he said India is perpetuating state terrorism in Illegally Occupied Jammu and Kashmir.

He said the dossier issued by the government of Pakistan contains details on a vast range of incidents and atrocities including extra judicial killings, arbitrary arrests, cases of torture, pellet gun injuries and rapes and over 100,000 children being orphaned by the Indian forces in Illegally Occupied Jammu and Kashmir.

Modi did not bother to respond to Pakistan’s dossier that highlighted another atrocity, which was the suspected use of chemical weapons by India against the Kashmiris.

The document also provides details of the 8,652 unmarked mass graves that have been identified in 89 villages of 6 districts in IIOJ&K.

According to the evidence presented in the dossier, India is operating training camps in Gulmarg, Raipur, Jodhpur, Chakrata, Anupgarh and Bikaner.

« Erdoğan: Inventors of Teknofest to be architects of 2053 and 2071 Turkey (Previous News)
(Next News) PM exposed India’s fascist face before world: Fawad »