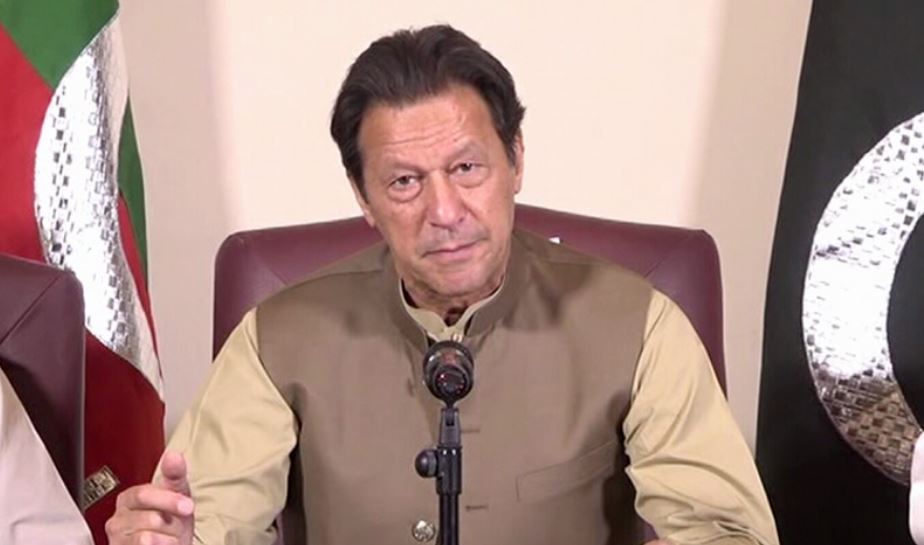 ISLAMABAD, MAY 1: PTI chairman and former prime minister Imran Khan on Sunday defended Farah Khan, a close aide of his wife Bushra Bibi as “absolutely innocent” as he described the corruption inquiry against her as a “political vendetta” against him.

His remarks come days after the National Accountability Bureau (NAB) initiated an inquiry against her for allegedly possessing “illegal assets beyond known sources of income, money laundering, and maintaining various accounts in the name of businesses”.

According to a statement, NAB said a “huge turnover amounting to Rs847 million has been found in [Farah Khan’s] account during the last three years, which does not commensurate with (sic) her stated account profile,” NAB said in a statement.

“I want to ask NAB: the case that you have opened against Farah Khan — show it to anyone. Does this even merit a case?,” he asked in a response to a question during a press conference in Islamabad, where he read out points of his party’s white paper on the ruling coalition’s graft cases.

Imran added that the NAB said her assets saw a significant increase in three years. “Just check and see how much real estate has made money [for people] — it is the most in Pakistan’s history. Ask the ones in real estate how much money they’ve made. But it is no crime.”

“It is the same case that Jemima faced regarding alleged smuggling of tiles. Her only fault that she was my wife,” Imran said, adding that the only reason for that case was because of her connection to him.

“She (Farah) is absolutely innocent. I want her to have the opportunity [to defend herself]. A proper hearing should be conducted.”