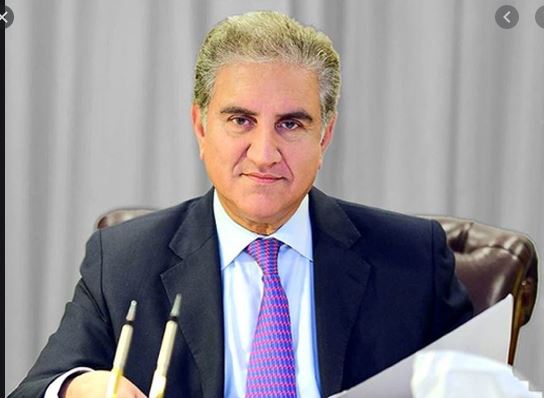 ISLAMABAD : Foreign Minister Shah Mehmood Qureshi has written a letter to the United Nations Security Council (UNSC) president and secretary-general for updating them on the grave situation in Indian Illegally Occupied Jammu and Kashmir (IIOJK).

It highlighted the gross and systematic violations of human rights taking place in the occupied valley along with the threat posed to peace and security by India.

“It focuses, in particular, on the illegal demographic changes being undertaken in the occupied territory by India, in violation of UN Security Council resolutions, the UN Charter and international law including the 4th Geneva Convention.”

In the letter, Qureshi apprised UNSC of India’s implementation of an elaborate strategy of military occupation, land confiscation, the influx of non-Kashmiris, and creation of alien settlements in IIOJK.

“As a result of the Indian agenda to convert the Muslim majority of IIOJK into a minority, the indigenous Kashmiris are losing their political and cultural identity, their rightful demographic majority, and ownership of their properties in their own homeland.”

The letter also underscores the indiscriminate and unprovoked ceasefire violations by India across the Line of Control (LoC) and the Working Boundary (WB), including the deliberate targeting of civilian populated areas.

Over 2,700 ceasefire violations committed by India this year that resulted in the death of 25 innocent people and serious injuries to more than 200 civilians.

The foreign minister has called on the UN Security Council to exercise its direct responsibility to prevent India from perpetrating its criminal colonial project to change the demographic structure of the disputed territory and to secure the implementation of its own resolutions which recognize the Kashmiris’ legitimate right to self-determination through a free and impartial plebiscite under UN auspices.

Qureshi’s letter is part of Pakistan’s consistent efforts to keep the UN Security Council and the secretary-general regularly informed of the serious situation in IIOJK, and to demand resolution of the Jammu and Kashmir dispute in accordance with the council’s resolutions and the wishes of the Kashmiri people. 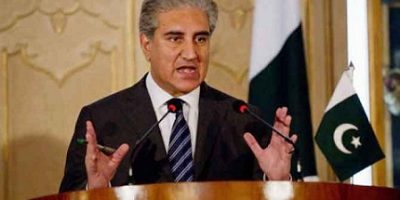