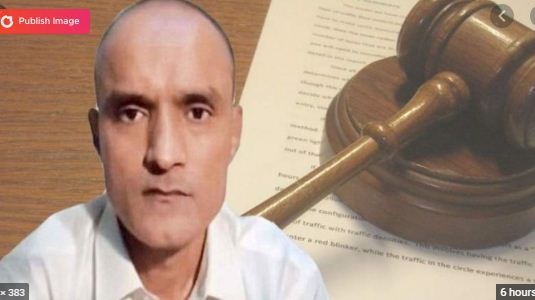 ISLAMABAD, JUN 15 (DNA) – Federal government on Tuesday asked the Islamabad High Court (IHC) to adjourn proceedings of a case pertaining to the appointment of a counsel for Indian spy Kulbhushan Jhadav.

The attorney general of Pakistan represented the government during the proceedings and sought a delay in the proceedings of a case heard by a three-member bench comprising Chief Justice IHC Athar Minallah, Justice Aamer Farooq, and Justice Miangul Hassan.

The IHC accepted the plea and adjourned the hearing for October 05. During the last proceedings, the court issued notice to the counsel of the Indian High Commission to appear before the court.

It is pertinent to mention here that in April this year, the Indian High Commission has filed a plea for the appointment of a counsel for its spy Kulbhushan Jadhav before the Islamabad High Court (IHC).

The Indian authorities have previously avoided responding in the Kulbhushan Jadhav case and for the time approached the court saying that they have the right to provide a legal counsel to the Indian citizen.

The move came after on January 14, the Islamabad High Court (IHC) ordered the federal government to contact the Indian government again regarding the appointment of legal counsel to Kulbhushan Jadhav.

Earlier, the high court had appointed senior lawyer Hamid Khan as amici curiae in the case pertaining to the Indian spy. = DNA