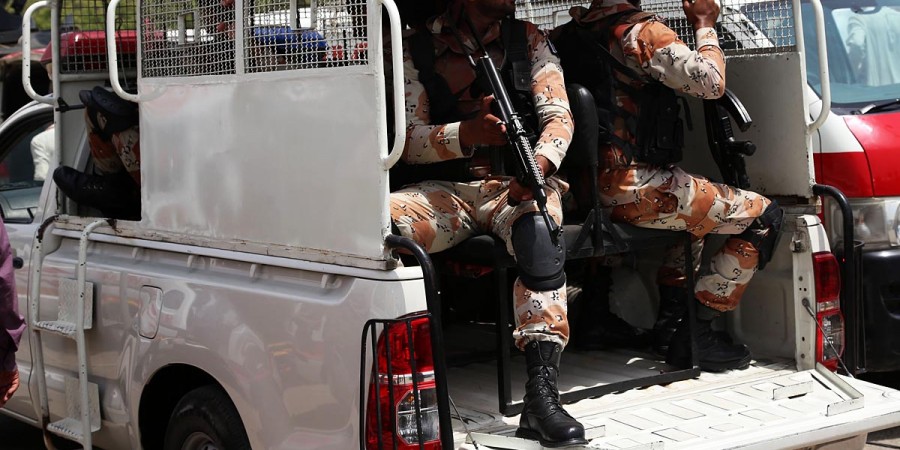 LAHORE, 13 MAY (DNA) – The barbaric killing of members of the Ismaili community in a bus attack in Karachi is highly condemnable, but it deserves more than mere words of censure and sympathy from the authorities, the political parties and the civil society, the Human Rights Commission of Pakistan (HRCP) said on Wednesday.In a statement, the Commission said: “It is tragic beyond words that once again bands of killers have massacred Pakistan’s daughters and sons, this time from the Ismaili community, and walked away without any apparent difficulty.

“Words of solace, especially from those in authority, sound hollow today because the state has once again failed to ensure the citizens’ right to life, from which all other rights sprout. Anyone claiming that they understand the families’ pain does not, unless they are the unfortunate families of victims of the Peshawar army school attack or countless other callous killings by terrorists.

“To the authorities falls the task of explaining how such an attack was possible without the numerous security and intelligence agencies knowing anything about it or preventing it. They should also say how the National Action Plan or any other mechanism should have and could, in the future, prevent such callous mowing down of people going about their lives.

They must explain why measures taken to check terrorism, such as the PPA, resumption of executions, setting up of military courts have failed to act as deterrents as promised by the government. They must also explain how the attackers managed to get their hands on police uniforms and what the security agencies are doing to address that and to address the glut of weapons.

“It should be clear to everyone today that not only will the country not know peace until the extremists, whichever group of killers they belong to, are taken on and brought to justice, but also that Pakistan and extremism simply cannot co-exist.

“Taliban and other band of terrorists continue to cause mayhem and bloodletting across Pakistan. It is imperative that those tasked with securing peoples’ lives pursue their task as single-mindedly.

“The massacre of the Ismaili community members in Karachi is highly condemnable, but it deserves and must get more than words of censure and sympathy not only from the authorities, but also the political parties, the media and the larger civil society.

“HRCP condoles with the bereaved families and shares their outrage. This atrocity demands that those keeping mum over the actions of extremists of various hues break their silence and speak out against hate speech, promotion of violence and all manners of support for the killers.

The civil society, including the media and political parties, must no longer remain spectators. They must assume responsibility for ensuring that the authorities are not allowed to forget th