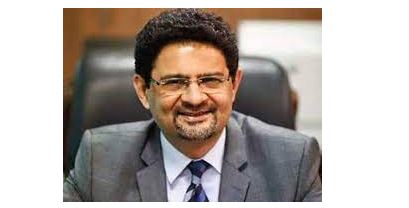 ISLAMABAD, May 07 (DNA): Federal Minister for Finance and Revenue,
Miftah Ismail said Saturday that the government was aiming at inclusive
and sustainable economic growth by presenting a pro-people and business
friendly budget for the fiscal year 2022-23.

During a meeting with a delegation of Federation of Pakistan Chamber of
Commerce & Industry (FPCCI) led by its President Irfan Iqbal Shaikh, the
minister commended the budgetary suggestions proposed by the chamber
members for various sectors of the economy and assured that the
suggestions of all stakeholders would be given due regard.

Among others, the meeting was attended by Chairman Federal Board of
Revenue (FBR) and other senior officers.

The minister acknowledged the effective role of FPCCI for acting as a
bridge between the government and traders. He shared with delegation
that macroeconomic stability was prime concern of the present
government.

Therefore, he said, government was strictly committed to ensure
financial discipline through effective and farsighted policies for
enhancing the overall level of growth in the country.

On the occasion, the President FPCCI congratulated Miftah Ismail on
undertaking the new role as Federal Finance Minister and presented
various proposals for consideration in the Federal Budget 2022-23.

Multiple measures were suggested by the FPCCI members for bringing in
greater efficiency in industrial and agricultural sectors.

They also apprised about some issues related to taxation faced by
business community in the country. Further, they requested the finance
minister to consider their proposals and address the stated issues.

The FPCCI delegation assured their support and cooperation in enhancing
the economic stability in the country.