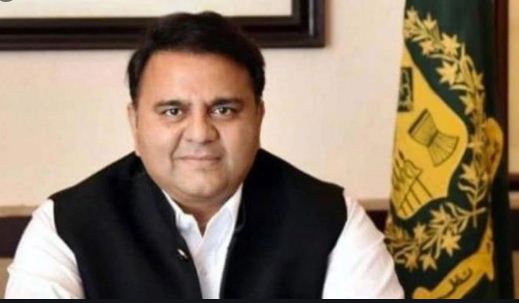 In his World Environment Day, message he said, for the first time in Pakistan, tree plantation and environmental friendly policies were being promoted at government level.

The minister said, every human being on the earth should play their role for improvement of environment.

He said that it was need of hour that the international community should jointly play its role in the protection of the environment.

Imran Khan is the only Prime Minister with environment friendly vision who is running a global movement.

He said that Prime Minister Imran Khan was sensitizing young generation and the world regarding importance of improving the environment.

He said that for the first time in Pakistan, policy of tree planting and eco-friendliness is being promoted with dedication and diligence. If the efforts of the government continued with the same commitment, significant results will be seen in the environmental sector in Pakistan.

Fawad said that the honor of hosting World Environment Day this year is indeed a global recognition of Pakistan’s eco-friendly initiatives. International organizations have appreciated Pakistan’s commitment to the environment, the minister said.

He said, that the word “Billion Tree” has become the identity of Pakistan and other countries are following the project.=DNA