Govt says agreement reached with TLP, details to be unveiled at ‘appropriate time’ 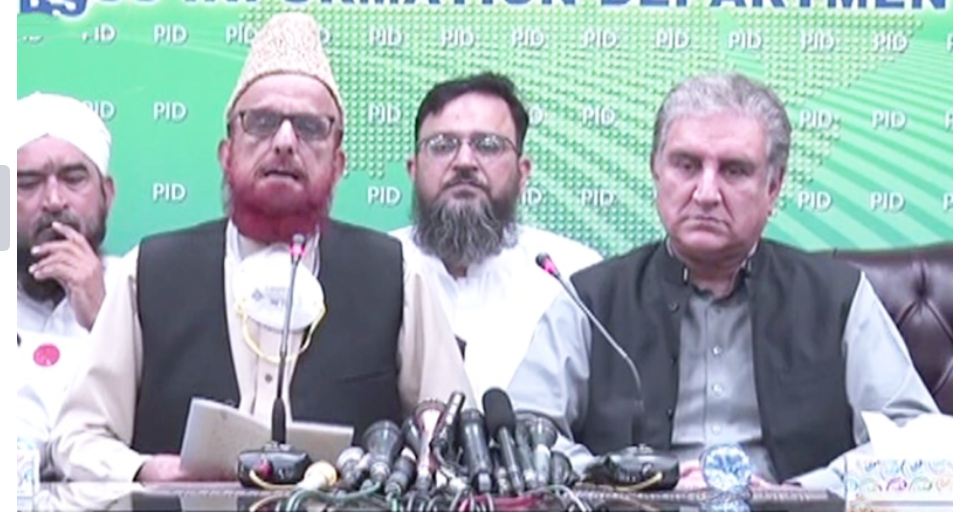 ISLAMABAD, OCT 31: The government’s negotiating team announced on Sunday that it has reached an agreement with the proscribed Tehreek-i-Labbaik Pakistan (TLP) but did not divulge any further details, with Mufti Muneebur Rehman saying the specifics will come to light at an “appropriate time”.

The agreement comes after almost two weeks of clashes that left at least seven policemen dead and scores injured on both sides.

The proscribed group began the march, calling for the release of its incarcerated leader, Saad Rizvi and the expulsion of France’s ambassador over the publication of caricatures depicting the Holy Prophet (PBUH) in a French satirical magazine.

“The government of Pakistan and the TLP had a detailed discussion under an environment of mutual trust, and an agreement has been reached between the two sides,” Mufti Muneeb said. “The agreement was reached after sense prevailed over aggression, rationality prevailed over sentiments, and all the participants demonstrated patience.

“I want to urge the entire nation that this is not the victory of any individual, but it is the victory of Islam, patriotism, and protection of human lives.

“I want to tell the nation that these dialogues were never not held under any duress. They were held in a serious, responsible and independent environment, [in which] everyone made their contribution. Everyone deserves to be thanked for it.”

The Mufti did not give any specific details of the agreement, simply saying that they will be shared at an “appropriate time”.

The Mufti said that the “positive impact” of the agreement will be seen in the coming week, adding: “The participants of the agreement entered the accord in the best interest of the country and its people. This agreement was reached before any untoward incident. This is the news for the entire nation, and the national media should portray it in a positive manner.”

The Mufti thanked all the parties involved for their help in striking the agreement.

“I am thankful to the prime minister for empowering the committee and trusting it, and also to the committee for working dedicatedly to resolve this matter,” he said. “Similarly, the TLP demonstrated the same behaviour.”

He said that a committee had been formed to oversee the matter. “State Minister for Parliamentary Affairs Ali Muhammad Khan will be its head, while Law Minister Punjab Raja Basharat will be a member of the committee,” the Mufti said, adding that Mufti Ghulam Ghous Baghdadi and Engr. Hafeezullah Alavi will represent TLP in the committee.