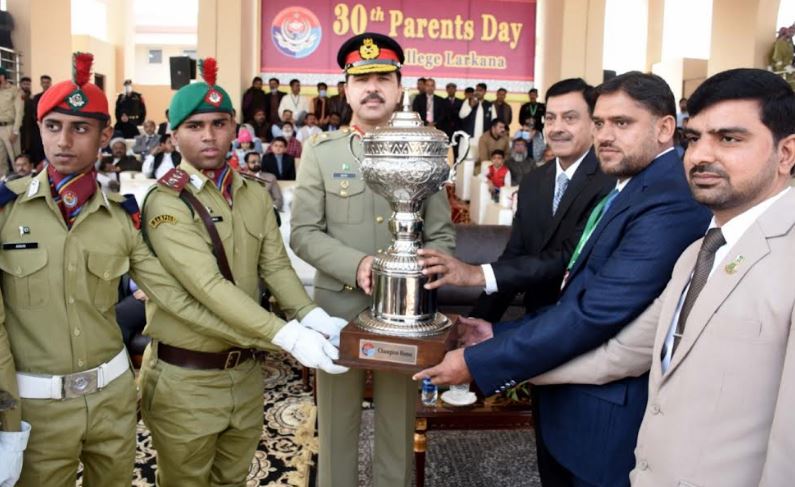 According to details, more than 5,000 parents and guests attended the event, where students performed tricks such as march past, karate and gymnastics shows and young commando march past.